Carlos Takam has signed on to fight New Zealand-Samoan boxer Joseph Parker in an IBF Elimination bout in May.

The winner will become the mandatory challenger for the winner of the IBF title fight between champion Charles Martin and Anthony Joshua.

Takam is currently training in Paris and his promoter Christian Cherchi said he will be a good test for Parker.

"I think Carlos Takam can knock Joseph Parker out, yes. We tried to have this fight in Paris though having it in New Zealand is an advantage for Parker."

The Cameroon-born, France-based Takam is ranked number 5 by the IBF, one place above Parker.

He has 35 wins, a draw and two losses while Parker is unbeaten in 18 fights. 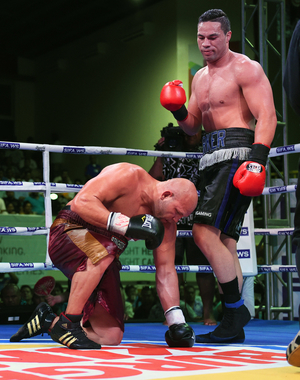