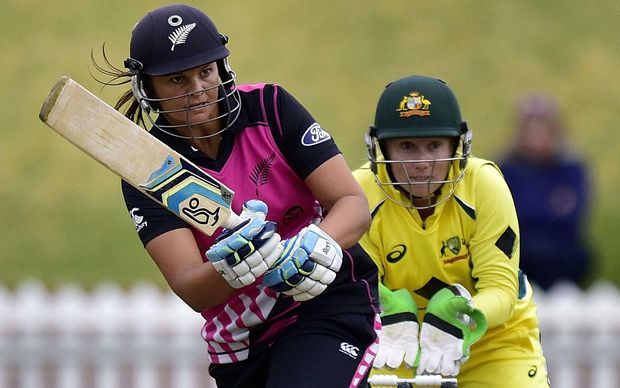 Even the most casual follower of sport will know the names Kane Williamson and Brendon McCullum, so their recognition by cricketing bible Wisden will not come as a surprise.

But Suzie Bates has just been listed alongside them as one of the world's best cricketers of the year and it's her name that may not ring a bell.

Wisden didn't just put her on the list - it named her Leading Women's Cricketer in the World.

She is the captain of the New Zealand women's cricket team the White Ferns, and she spent 2015 consolidating her status as one of the power hitters of the women's game, not least of all when scoring 258 during the 5-0 one-day whitewash of Sri Lanka.

But the highlight was her sixth one-day century, made in the victory over England in February.

"It needed something special to deny both Meg Lanning and Ellyse Perry this award, and Bates's all-round performances were precisely that," Wisden editor Lawrence Booth said.

Four years later she made her international debut against India in 2006 for the White Ferns.

She grabbed the opportunity with both hands, by constantly scoring runs for her country, helping New Zealand to a 4-1 series victory.

Bates has seven centuries to her name with a top score of 168, which is also the highest score by a White Ferns player.

With the ball she's a handy medium pacer and has taken 64 wickets.

On top of that she has played 83 Twenty20 matches with a top score of 94 not out.

She was named captain of the White Ferns in 2011 and led the side to the semi-finals in the recent T20 World Cup in India.

In 2013 she was named the International Cricket Council's women's player of the year.

Despite her lengthy international career Bates is yet to play a test match with the White Ferns only playing one dayers and T20's.

In an interview with ESPN Cricinfo last year Bates lamented that fact: "Probably as I've got older I feel a bit cheated that I haven't had the opportunity to play in a Test... it's something I've always pushed at New Zealand Cricket, and I know the argument is they want to push T20 because that's a spectacle and (helps in) promoting the game.

"But I think we have managed to push T20 and the game has grown so much and the girls are now starting to be more attacking with every facet of the game, so I think Test match cricket would be more exciting to watch now than perhaps it was in the past." 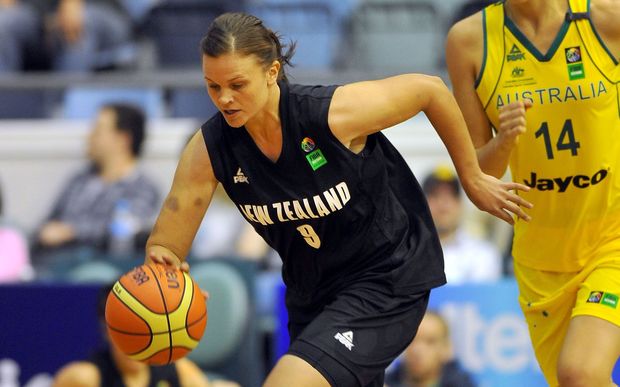 Suzie Bates gave up her basketball career to concentrate on cricket. Photo: Photosport

Cricket is not the only string to Bates' bow. She is a former New Zealand basketball international having represented her country at the 2008 Olympics in Beijing.

She has also played for Logan Thunder in the Australian Women's National Basketball League, and the Otago Goldrush and Christchurch Sirens.

When she was appointed White Ferns captain in 2011 she had a tough decision to make: The 2012 London Olympics were on on the horizon and the new leadership role meant an extra commitment to New Zealand cricket.

She decided that her basketball career had to come second to cricket and she hasn't looked back since.