The White Ferns have cruised into the semi-finals of the World Twenty20 in India with a comfortable win over South Africa. 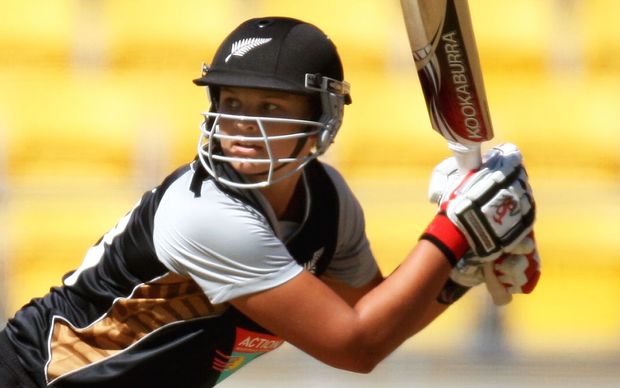 South Africa were all out for 99 after being sent in to bat by New Zealand, with Sophie Devine and Leigh Kasperek grabbing three wickets each.

The White Ferns replied with an opening stand of 57 between skipper Suzie Bates, who hit 29 off 25 balls, and Rachel Priest, who smashed a run-a-ball 28.

Both openers fell in the space of two overs, but Devine hit an unbeaten 27 with three fours and a six to complete a dominant all-round performance.

Bates said she was confident from the start of the tournament that her team could make the semi-finals.

"We were very confident coming into the tournament," she said.

"We had a very good series against Australia which we won 2-1. The balance of the side was good, so I knew we would go far if we played good cricket."

The team's approach would not change heading into the semi-finals, Bates said.

"Our approach in the semi-final will be the same... It has worked so far, there is no need to change that. I am happy the way the group is playing and everyone is happy to contribute to that."

South Africa captain Mignon du Preez said the team was determined to sign off on a happy note.

"We did not execute our plans against a good side like New Zealand and this was very disappointing," she said.

"But we want to win against Sri Lanka on Monday, because it is important to end the tournament on a high."

The Black Caps, meanwhile, have also gone unbeaten in their pool matches, beating Bangladesh by 75 runs to secure a semi-final spot.