Eight swimmers will nominated by Swimming New Zealand for the Rio Olympics.

Two swimmers achieved that standard at the Canadian Olympic Trials, which were added as a second selection to cater for New Zealand swimmers at universities in the United States.

Commonwealth Games and Pan Pacific Championship backstroker Corey Main bettered the qualifying mark in the 100m backstroke, while Canterbury's Matthew Hutchins went under the qualifying time in the 400m freestyle, to push his claim for a first Olympic Games.

They will be added to the six individuals who met the qualifying standard from the New Zealand trials in Lauren Boyle, Matthew Stanley, Glenn Snyders, Emma Robinson, Bradlee Ashby and Helena Gasson. 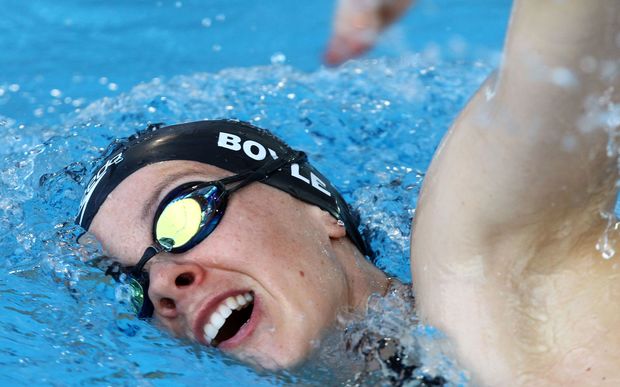 Open water swimmers Kane Radford, Phillip Ryan and Charlotte Webby have their final chance to qualify for Rio in a 10 km event in Portugal in June.

Swimming New Zealand selector Mark Saunders said the addition of the second trial this year had been beneficial.

"It's made it a more simple pathway for them this time around and we've seen some good swims here in Toronto from them," Mr Saunders said.

"We expected Corey to swim to his potential and Matt Hutchins has been in good form this year. Added to that, a number of others have gone close to selection and are still young enough to be strong contenders for 2020."

On the final day of competition in Canada, Waikato's Sam Perry proved the best of the Kiwi sprinters, finishing third fastest in qualifying in the 50m freestyle in 22.73s, less than half a second outside the Olympic qualifying standard.