Six swimmers have so far qualified in eight events for the Olympics after the conclusion of the competition with a further trial to be staged for the Northern American-based New Zealanders in Canada next week.

Four New Zealand swimmers who achieved FINA A times and competed in the world championships last year reached the Olympic qualifying standard, while two of the 2020 targeted young swimmers also bettered the standard. 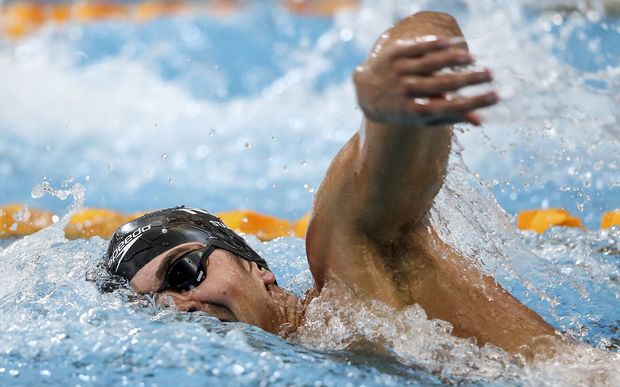 "We came in with a target of our five senior swimmers stepping up to reach the standard which has been excellent," said head selector Mark Saunders.

"And it has been the icing on the cake to get two of our targeted swimmers for Tokyo in 2020 to achieve the standard for Rio in Helena Gasson and Bradlee Ashby.

"There are some big plusses with the likes of Lauren Boyle and Matthew Stanley achieving the qualifying standard in multiple events, and Glenn Snyders has come home from the United States and really stood up," he said.

"The big plus is that in a number of cases, including Gasson and Ashby, the swimmers bettered the standard twice in a day. They swam fast in the morning and faster at night which is something we have not always managed to achieve in the past, and must do if we want to move from heats into semifinals and finals."

Saunders said he hopes the results this week will have a positive effect on the 13 New Zealanders who will compete in the Canadian Trials, who are led by Corey Main and recent NCAA medallist Matt Hutchins.

Rio-candidate Matthew Stanley made it a clean sweep of his freestyle events with victory in the 100m freestyle after a battle with Howick Pakuranga's Daniel Hunter, who broke the national record in the morning heat.

The 21 year old Hunter clocked 49.43s to top qualifiers in the morning heats, going under the national record of 49.54 set by Mark Herring in 2008.

Gasson (North Shore), who beat the qualifying mark in the 200m butterfly earlier this week, took out the 400m individual medley in a personal best 4:52.06 from Kate Godfrey (Neptune) and Yeonsu Lee (North Shore).

Waikato's Ashby, part of Swimming New Zealand's high performance squad, took out the 200m backstroke in 2:01.40 to complete an outstanding meet where he went under the Rio standard in the 200m individual medley.

The women's 200m backstroke title went to 16 year old Bobbi Gichard (Howick Pakuranga) who clocked 2:11.93, just over a second outside the Rio standard.

In a special time trial the quartet of Bradlee Ashby, Glenn Snyders, Chris Dawson and Daniel Hunter clocked 3:36.86 in the 400m medley relay to post the 14th fastest time in the world, with the final deadline for Rio qualification in early May. 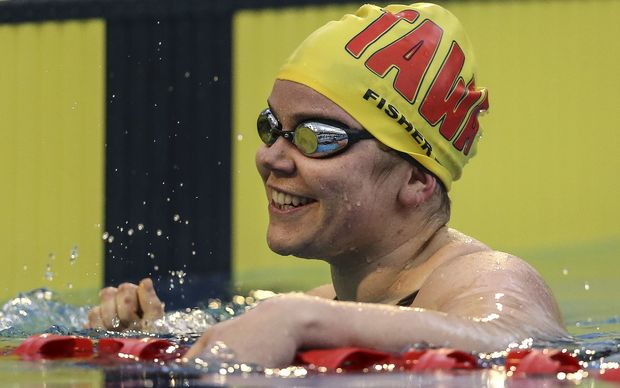 Paralympic stars Sophie Pascoe and Mary Fisher continued on their world class form, both going under the Rio nomination time in heats of the 100m freestyle and both went faster at night, with Pascoe dipping under the minute mark in 59.82s.

They were joined by North Shore's Rebecca Dubber who also bettered the nomination time.

Fisher went on to match Pascoe with a world record in her final event, the 50m butterfly.

Fisher clocked 32.92 in the S11 category which was 0.3s under her own world record to cap off an outstanding meet for the illustrious pair, who have 16 world titles between them.

Eight Para-Swimmers have met nomination times across 24 events this week.