There are two changes to the New Zealand men's rugby sevens team for this weekend's World Series leg in Hong Kong. 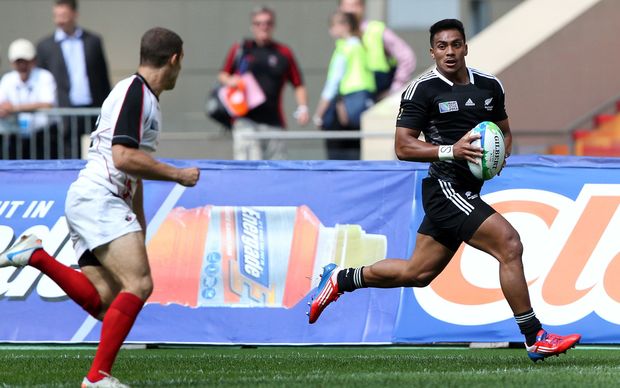 Hurricanes squad member Pita Ahki returns, having last played for New Zealand at the Commonwealth Games in Glasgow in 2014, and Waikato's Isaac Te Tamaki has returned from injury.

The All Black Sevens are coming off a win in the last leg in Vancouver.

Coach Gordon Tietjens said: "Pita's a very capable footballer and very experienced in sevens rugby, having played at Rugby World Cup Sevens in 2013, where we won. He's very good defensively and a strong attacking player. He's in the Hurricanes now and for them to release him is certainly great moving forward because he's got an opportunity now to really stamp his mark and have a crack at making Rio."

Te Tamaki returns to the squad having last appeared at the Cape Town Sevens in December last year.

"Isaac's still a young guy and learning lots about the game, but he's got a real x-factor. He's probably our quickest player. He's got a great step, he's incredibly strong and can break tackles. He's the sort of player who can get the team out of tight games and win tournaments."

The team has been drawn in Pool A and will play Samoa, France and Kenya, with pool games spread over two days.

First up is France on Friday night.

"We have three tough pool games in this tournament," said Tietjens. "Like every team they'll all look to get themselves up for Hong Kong and it'll be no different this time.

"We've trained really well this week. We've come a day earlier this year and that's given us more down time to recover and get up for training. So it's an exciting week starting with a tough game first up on Friday night."

New Zealand is third in the series standings, just behind Fiji and South Africa.