After an injury-plagued campaign, Samoa will be close to full strength going into this weekend's Hong Kong Sevens.

The Manu won the Plate title in Vancouver last month with only ten fit players to climb to ninth in the World Series standings after six rounds. 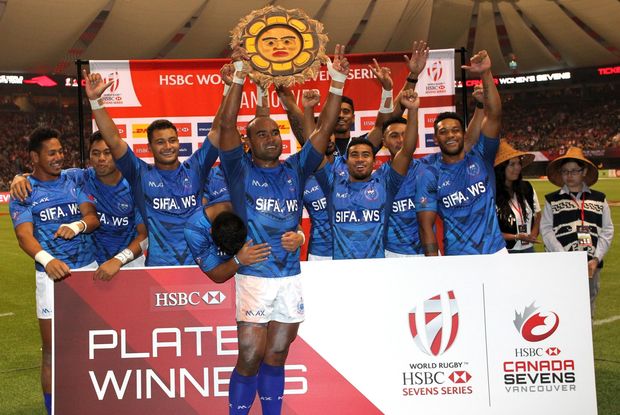 Coach Damian McGrath said the squad had a valuable fortnight back training at home and for once they have no new injury concerns.

"We've kept the ten who played in Vancouver, who really impressed me with the way they stepped up against the odds, and then we've added Tila Mealoi, who had to come home because of the tragic death of his mum. Tila's now back available which is a big plus for us and we've also welcomed back Siaosi Asofolau, who did well for us in Wellington but was then sent home for disciplinary reasons. He wasn't available for the last leg as part of his punishment for being sent home. Siaosi's now back in the fold so for the players we have fit we're as strong as we could be so as I say I'm looking forward to the team playing well together."

Damian McGrath said Samoa can beat anyone on their day and the team has targeted a minimum top eight finish and hopefully a first semi-final appearance of the season.

The Manu will face, New Zealand, France and Kenya in the pool stage.