Sonny Bill Williams and Issac Te Tamaki are back in the New Zealand Rugby Sevens squad for the next two rounds of the World Series. 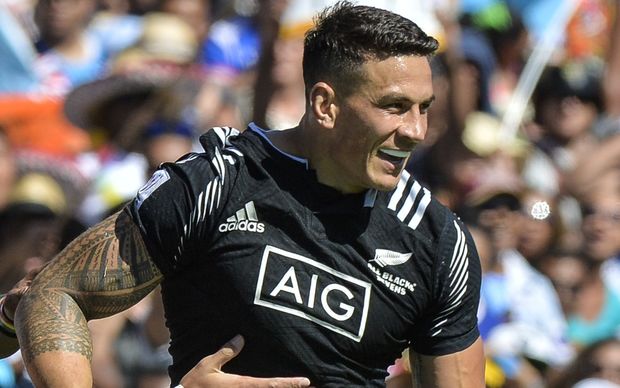 Sonny Bill Williams is back in the Sevens squad. Photo: Photosport

Williams and Te Tamaki are both back from injury which ruled them out of the recent tournaments in Las Vegas and Vancouver.

Another former All Black, Liam Messam, has also been included in the squad, which was announced on Thursday morning.

"Isaac is probably our fastest player. He has that X-factor and can break out and do things out of nothing so he's a real threat," said coach Sir Gordon Tietjens.

"Sonny Bill and Liam are back in the reckoning. Liam had a very good final in Vancouver and will want to back that up in Hong Kong. Sonny is coming off the back of two very good tournaments in Sydney and Wellington and wants to get back into it. He's been training well and will be looking forward to Hong Kong.

"Sonny and Liam love the Sevens culture and are both very hard workers. They mix in really well and want to stake their claims to be in the team to go to Rio," Sir Gordon said.

The Hong Kong tournament is played next week, with the Singapore tournament the following week.

The squad also features the return of Hurricanes Super Rugby player Pita Ahki, who last played for New Zealand at the Commonwealth Games in Glasgow in 2014.

Ahki was also a member of the New Zealand side who won the 2013 World Cup Sevens.

Tietjens said he had some tough selection decisions to make after yesterday's trial.

"The key this year is getting the balance right so we give all the players the opportunity in a really important year to stake their claim to be in contention for the Olympics by playing in a World Series tournament. We want to go to Hong Kong and perform really well."

"We've lost Joe Webber and Ben Lam to injury so Pita gives us that experience. Defensively he's very strong and has a very good understanding of the game which is hugely important."

The All Blacks Sevens are currently third in the series, after winning the recent Canada Sevens in Vancouver, trailing two points behind leader Fiji.

"All teams can sense we're not far away from Rio. They're still trialling different players and that's what we've done here. We all want to improve at every tournament so these next two tournaments are very important, looking out to Paris and London after that."

The team has been drawn in Pool A and will play Samoa, France and Kenya with pool games spread over two days. First up is France on Friday night.

"There are no easy games," said Tietjens. "It's going to be tough so we have to get up for them. We're only looking at one game at a time. The format is similar to what we will strike at Rio so we have to use to our advantage."

The playing team of 12 for Hong Kong will be named next week.