Martin is the talk of the National Rugby league following his match-winning heroics on debut in the Panthers' thrilling one-point triumph over Brisbane last Saturday night. 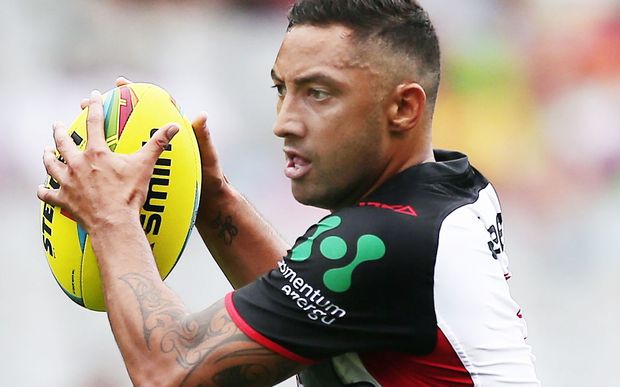 Dubbed Baby Benji after coming through the same schoolboy system as Marshall before being snapped up by Wests Tigers and then nabbed by Penrith, Martin almost scored with his first touch before inevitably bagging his maiden top-grade try and then slotting the winning field goal.

"They probably don't get much better than that," Marshall marvelled on Fox Sports' NRL 360.

"He was probably playing a bit reserved in that game too because he's got a lot more tricks up his sleeve."

Like Marshall, Martin is a product of the Keebra Park High School, the renowned rugby league nursery on Queensland's Gold Coast, and played with the former New Zealand captain's younger brother in the under-20s at the Tigers.

Martin also played for the Junior Kiwis for the past two years. 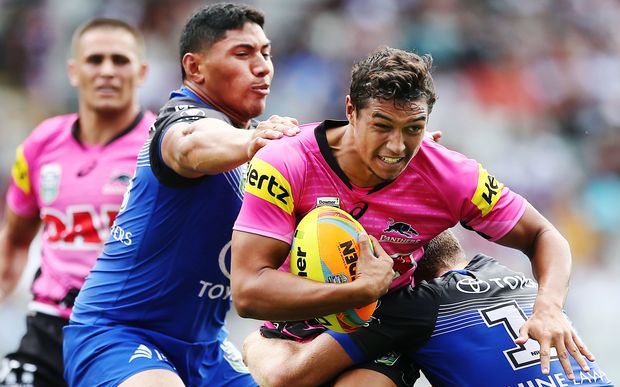 Te Maire Martin in action for Penrith at the Auckland Nines. Photo: Photosport

Marshall, an ex-Golden Boot winner, Dally M Medallist and Tigers grand final hero, said the 20-year-old five-eighth has it all and will only get better as he matures physically.

"His attack is certainly the brightest aspect of his game," Marshall said.

"I watched him come through the Tigers system in the under-20s and from the time he came in he was just phenomenal.

"He's got great footwork, a great ability to see the game and you can see by his body shape that he's got a lot of growing to do.

"As a half, seeing a young half come in and have that impact on a first-grade game first-up is pretty impressive."