The New Zealand Warriors have fallen to three straight losses to start NRL season after going down 21-14 to the Melbourne Storm at Mt Smart Stadium. 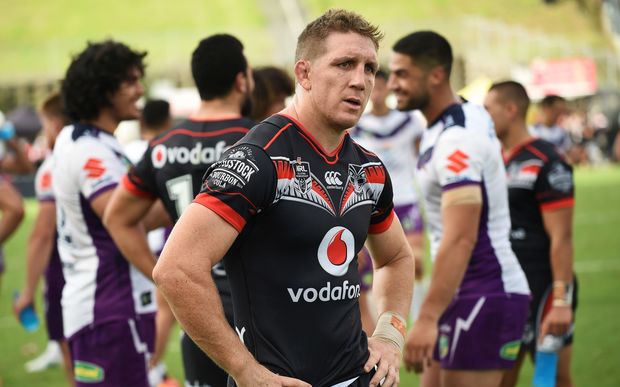 A field goal to Cooper Cronk and a try to Marika Koroibete inside the final three minutes lifted the Storm to the win, after scores had been tied at 14-14.

The Storm had led for the majority of the match, but had to survive a late comeback from a determined Warriors side at Mt Smart Stadium.

The win means Craig Bellamy's men are the first team this year to get to three victories while they also won back the Michael Moore Trophy, which goes on the line every time the two clubs meet.

The result also extends the Warriors winless streak to 11.