The South Sydney NRL star Sam Burgess has been cleared of serious injury to his neck or spine, and is expected to be released from hospital on Monday or Tuesday.

Burgess will continue to be monitored for any muscle and neurological issues after being taken from the field on a stretcher in the Rabbitohs' 8-6 loss to St George Illawarra at the SCG on Sunday.

A statement released by the NRL club claimed MRI and CT scans showed no damage to the vertebrae or spinal cord. 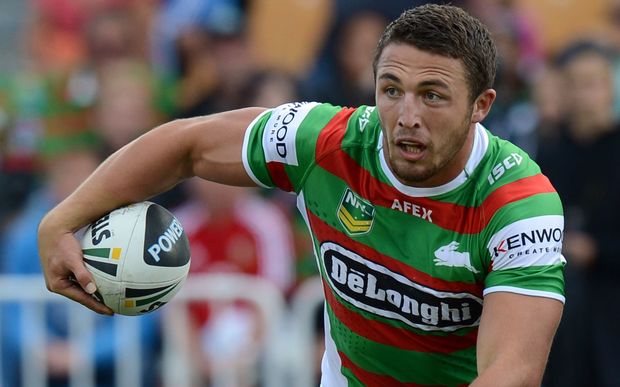 "We will continue to monitor Sam's welfare and he knows he is in the best of hands with our medical staff as we move forward."

Souths fullback Greg Inglis told the media on Monday morning of the impact it had on the team as the game was stopped for an extended period to remove Burgess from the field.

"It wasn't a great feeling," he said.

"Seeing any player go down like that and laying there pretty much motionless, it's pretty hard.

"But we had put that aside. I knew Sammy was in the best capable hands he could be out in the field at that point."

Earlier, Burgess took to social media to hint at the good news.

"Initial scan results are positive. Thank you all for messages of support - feeling extremely lucky tonight. A few days of rest now. Sam," he tweeted.

Burgess was injured when he ducked his head as he charged towards the Dragons line early in the second half.