Former Breakers coach Dean Vickerman has been confirmed as one of the candidates for the vacant Sydney Kings position. 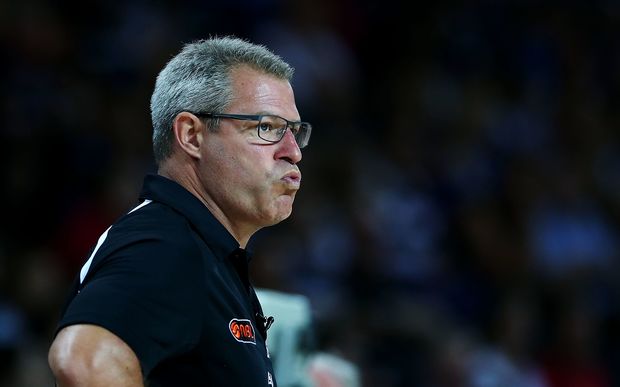 The new owners of the Australian National Basketball League club have declared anything other than finals basketball as unacceptable.

Leading venue management group AEG Ogden have taken a 100 percent controlling interest in the club, who finished bottom of the ladder last season and left their traditional home the Sydney Entertainment Centre last December, before it was demolished.

The Kings will play almost all their future home games at the vast Allphones Arena in western Sydney, the venue for the 2000 Olympic basketball tournament, where they were based for two seasons at the start of the century.

They are also set to play one game next season at the new International Conference Centre in the city, which is scheduled to open next December.

AEG Ogden are set to pump millions of dollars into the Kings and boss Harvey Lister has unapologetically cranked up pressure on the Kings by demanding finals basketball from next season.

"I'm making it very clear we are a results based organisation," Lister told AAP.

A new coach and more players will be signed in coming weeks, with centre Julian Khazzouh and forward Jeromie Hill the only men contracted for next season while former NBA star Josh Childress has an option to return for a third season.

Former Melbourne Tigers and Brisbane Bullets general manager Jeff Van Gronigen has been appointed as the new managing director of the Kings.

He was comfortable about waiting to hear back from Childress, who has aspirations to return to the NBA and has recently signed with NBA Development League club Texas Legends.

Co-captain, forward and season MVP Tom Garlepp and guard Jason Cadee are among the Australian talent on last season's roster who the Kings are expected to try to retain.

Van Gronigen revealed the Kings would scrutinise the 200 or so Australian players in the American NCAA system, with an assistant coach appointed just to keep tabs on that area.

Van Gronigen made it clear he wanted a proven coach and was in the process of drawing up a short list.

Vickerman, who has just left the Breakers, has been linked to the Kings and Van Gronigen said he had a tremendous track record.

"I think you'd be remiss not to have a guy like Dean on that list," Van Gronigen told AAP.

"But that's not to say he's any better placed than the rest on the list because we've got to go through an interview process."