A last gasp try to captain Sam Cane has given the Chiefs victory over the Crusaders in Christchurch tonight. 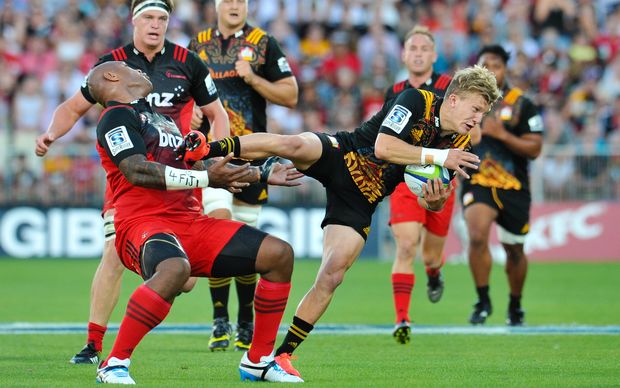 Missed the game? Check out how if unfolded here

A lineout drive from just five metres out in the 78th minute resulted in five points next to Cane's name and helped the visitors to a 27-21 win in what was a tightly contested match.

It was a hard fought match for both sides but particularly the Chiefs who went into the break down 13-8.

But the visitors managed to rally themselves in the second half, running in three of their four tries through Seta Tamanivalu, Damian McKenzie and Sam Cane.

Chiefs playmaker Aaron Cruden made a successful return to rugby after rupturing his ACL last April, but left the kicking duties to Damian McKenzie who slotted two conversions and a penalty.

The Crusaders two tries came through their first five Richie Mo'unga in the first half and David Havili in the second.

Both sides pick up points for their efforts, the Chiefs take four back to Hamilton for the win while the Crusaders get a bonus point for finishing inside seven points of the margin.