The Blues have got their 2016 Super Rugby season off to a winning start with a 33-31 win over the defending champion Highlanders in Auckland. 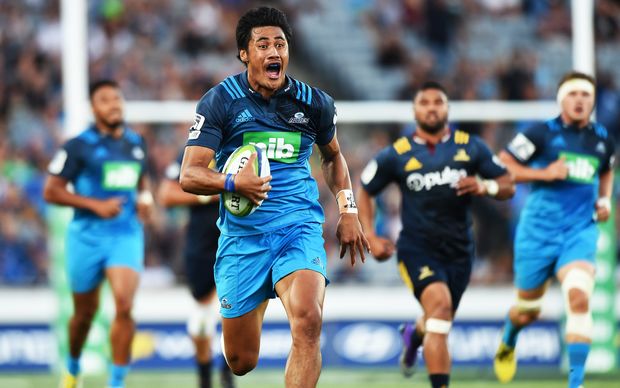 Missed the action? Check out how the match unfolded here.

Despite outscoring the hosts four tries to three, Ihaia West's boot proved the difference on Friday night at Eden Park.

Highlanders co-captain Ben Smith crashed over the line within the first eight minutes to give the defending champions the early lead.

Despite being stuck in their own 22 for the majority of the first 20 minutes, the Blues were the next to strike.

A cross field kick in their own half from Ihaia West to Lolagi Visinia set up a try for right wing Melani Nanai, which levelled the scores and gave the crowd something to cheer about.

Just five minutes later, some fast feet from halfback Bryn Hall helped Blake Gibson barrel his way over the line - after making his way through the Highlanders defence from 20m out, which gave the hosts the lead for the first time in the game.

The scores were back level eight minutes before halftime when second five Teihorangi Walden scored under the posts, after running through the Blues defence untouched from 15m out.

A late try to Waisake Naholo after a perfectly placed box kick from Aaron Smith, just 30m out from the line, gave the visitors back a 24-20 lead heading into the break.

Some ill-discipline at the breakdown gave the Blues back the lead, after the Highlanders gave away two penalties right in front of the posts in the first 20 minutes of the second half.

When Highlanders wing Patrick Osbourne was sin-binned inside the final 10 minutes of the match, the Blues took full advantage.

Big man Patrick Tuipulotu charged his way over the line with a full pack of Highlanders defenders, to stretch the home side's lead out to nine points with just 10 minutes left on the clock.

A double to Ben Smith in the 77th got the visitors back within two points of the match.

But with Osbourne still in the bin up until the whistle, the home side held their nerve to claim a 33-31 victory in front of a crowd of 21,983 fans.