Wallabies first-five Quade Cooper is set to finally make his long-awaited debut for Australia's sevens side after being named in the squad for the next leg of the World Series in Las Vegas. 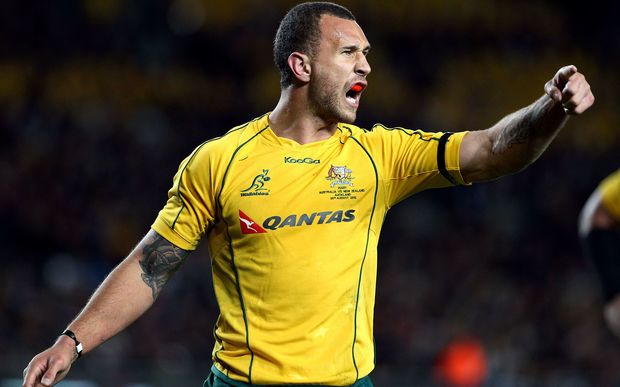 Cooper first joined up with the sevens team ahead of the Sydney tournament earlier this month but was not selected because coach Andy Friend felt he had not had enough time to get up to speed with the intricacies of the game.

"We're delighted to welcome Quade into the fold for Las Vegas," Friend said.

"(With Cooper) having had a few training sessions with the squad earlier this month, not forgetting the sessions we'll have in the week leading up to the tournament in Las Vegas, we'll be in a much better position to utilise his skill-set.

"Likewise, Quade will have had time to understand our team structures and patterns of play."

Local media also reported at the time of the Sydney tournament that Cooper had still not received Australian citizenship, a requirement to be considered for the Olympics tournament in Rio de Janeiro later this year.

The 27-year-old Cooper was born in New Zealand but moved to Australia as a teenager and has represented the Wallabies 58 times, including at last year's World Cup, but had fallen down the pecking order under coach Michael Cheika.

One of the reasons for bringing him back to Australia ahead of the Sydney tournament was to complete the citizenship process, Friend told The Australian newspaper at the time.

Cooper also needed to be released from his club commitments at Toulon to play on the sevens circuit.

Australia are fourth in the sevens World Series on 54 points behind joint leaders Fiji, South Africa and New Zealand, who all have 69 points.

The Las Vegas event from March 4-6 is the fifth stop on the 10-tournament circuit. The teams then head to Vancouver for its inaugural tournament the following weekend.