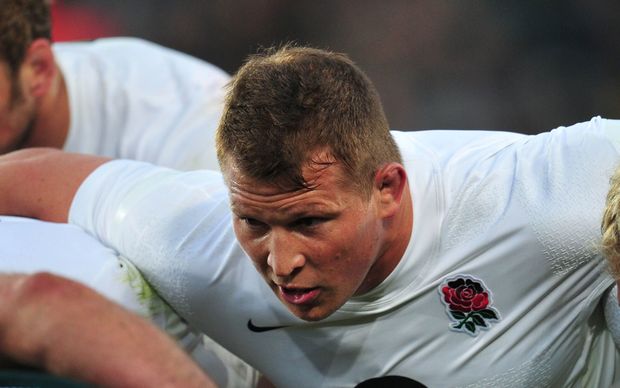 Rotorua-born Hartley, who left for the United Kingdom in 2002, has won 66 caps since his Test debut in 2008 but his career has been plagued by bad behaviour, accumulating bans totalling 54 weeks for head-butting, biting, gouging, swearing at a referee, elbowing and punching.

The 29-year-old was dropped from England's squad for last year's Rugby World Cup after his latest indiscretion, with then-coach Stuart Lancaster saying he could "no longer be trusted" after being suspended for a head-butt in a club game.

But Australian Jones, who replaced Lancaster in November in the fallout from England's World Cup failure, has offered Hartley a chance at redemption, saying he admired his "aggressive and uncompromising approach".

"As a former captain of Northampton Saints and someone who has a lot of experience playing for England I have every faith he will lead the team tactically and passionately. English rugby is indebted to Northampton to have produced such a fine player," Australian Jones said in an RFU statement.

"Dylan is an honest, hardworking bloke and I admire his aggressive and uncompromising approach to playing rugby... We look forward to working very closely with him to build a successful England team."

An honour and privilege to be leading @EnglandRugby into this coming 6 Nations tournament. Truly humbled by your messages of support

Hartley will lead England in their first Six Nations championship game against Scotland at Murrayfield next week. England have not won the tournament since 2011 but start as favourites.

"It is a huge honour to captain England and a very proud day for me and my family," Hartley said.

"I'm really excited about the challenge ahead but in reality leading this squad of players will not fall just to me. It is essential for the success of this team that we quickly develop and establish a strong leadership group."

Back-row forward Robshaw was captain throughout Lancaster's near four-year reign, leading his country 42 times and culminating in last year's World Cup when England failed to get past the group stage on home soil.

Australian Jones, named as England coach in November after Lancaster was fired, appeared not to hold Robshaw in high regard.

In his newspaper column during the World Cup when he was in charge of Japan, Jones said Robshaw was "not outstanding in any area", a comment he later said had been a "bit naughty".