The new England rugby coach Eddie Jones has named seven uncapped players in his first squad and called on his players to start a new era by playing with smiles on their faces.

Josh Beaumont, the son of former captain Bill Beaumont, is among the new comers.

Chris Robshaw, captain throughout Stuart Lancaster's near-four-year reign, was retained but will be competing for the blind-side flanker berth.

Centre Luther Burrell, who was a surprise omission from the World Cup squad having been a regular in last year's Six Nations misses out.

So to does fellow centre Brad Barritt, flanker Tom Wood, lock Geoff Parling, hooker Tom Youngs and number eight Ben Morgan also miss out, as did first-five Danny Cipriani, whose international career now looks to be over after never really getting going despite him being one of the most talented players of his generation.

Jones has named a 33-strong Elite Player Squad, which is effectively his squad for the Six Nations championship which starts next month when England play Scotland in their first game on February 6th. 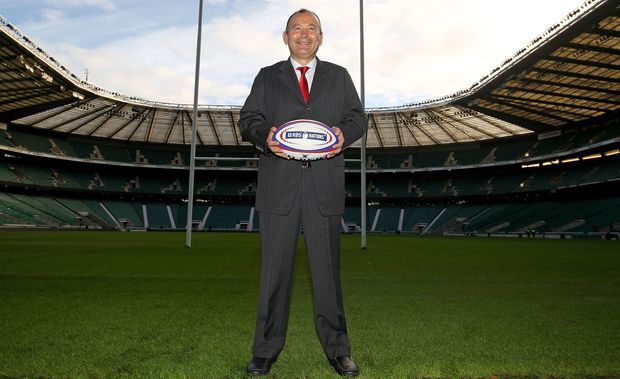 "I'm looking for these guys to bring enthusiasm, energy and a lot of hard work," Jones told a Twickenham news conference.

"We want them to play with a smile on their face and to enjoy it."

Sale's Beaumont is a powerful number eight in the mould of his father, who was a lock and one of England's most iconic players who led them to the grand slam in 1980 and captained the British and Irish Lions the same year.

He is currently chairman of the Rugby Football Union.

Jack Clifford, who has taken over as openside flanker at Harlequins from Robshaw, is up against Gloucester's Matt Kvesic for that position.

Jones criticised Robshaw during the World Cup as being a "six and a half" player and joked about the reference on Wednesday by saying, "Chris has been doing exceedingly well at six, with half a number off his back."

Jones said he would not name his new captain until he has decided on his starting XV for the Scotland game. 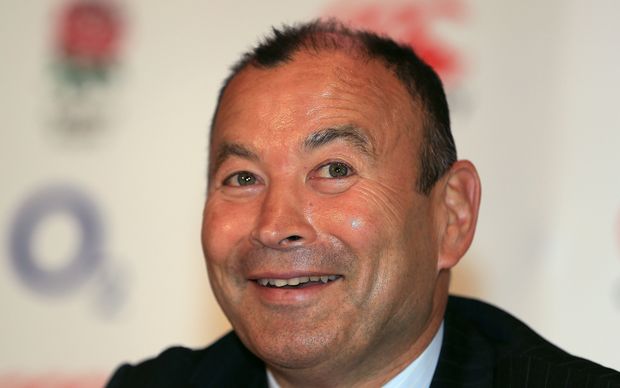 Eddie Jones wants his players to play with smiles on their faces. Photo: Photosport

Among the new faces hoping to break in are Wasps centre Elliot Daly, who has a good chance in the absence of injured Henry Slade, and Sam Hill, Paul Hill, Ollie Devoto and highly-rated former England under-20 captain lock/flanker Maro Itoje.

Centre Manu Tuilagi, who last played for England in June 2014 and returned to the Leicester team last week after a 15-month absence with a groin problem, was not included in the squad but will be considered for the latter stages of the Six Nations.

There was better news for Chris Ashton, who has played only two tests since 2013 but has continued to score tries for Saracens, and Harlequins' Marland Yarde, with both recalled wingers hoping to take advantage of the season-ending knee injury of Jonny May.

"The long-term strategy for England is to develop a side who can be the most dominant team in world rugby, so we have chosen a lot of new players on the growth we see in them," Jones said.

"Since 2003 England are ranked fourth in the Six Nations and that's not reflective of the talent in the country so we have to change history."