England rugby head Eddie Jones said he wants World Cup winner Jonny Wilkinson to be part of his coaching set-up after they had a chance meeting in a supermarket. 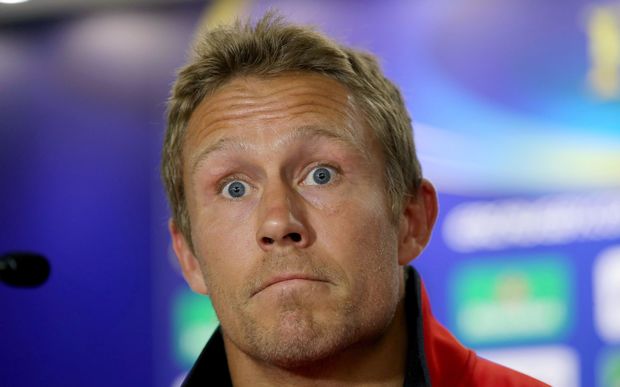 Wilkinson, whose drop goal clinched the 2003 World Cup for England against Jones' Australia, retired from playing in 2014.

"We would like to get Jonny involved but he is a private person," Jones was quoted as saying by British media.

"We will have some more chats, and I saw him shopping at Waitrose with a beanie over his head."

Wilkinson played 91 tests for England and scored a total of 1,246 international points, which is second only to New Zealand flyhalf Dan Carter.

Jones believes Wilkinson's professionalism would be an asset for England as they look to rebuild after a terrible World Cup campaign under previous coach Stuart Lancaster when they exited in the group stage.

"I had a coffee with him last weekend," Jones said. "After we had finished, he went and had a kicking session, even though he has finished playing.

"Why was he one of the best in the world? Because he did that. That is the difference. No one tells him to do it, because he is retired, but he still wants to be a good kicker.

"How many of our players do that now is the key going forward. We cannot tell them to do it as coaches, only encourage."