A lack of funding is continuing to hamper the Tonga sevens rugby team in their preparations for two crucial international tournaments.

Tonga will contest the World Series core-team qualifier in Hong Kong at the start of March, where a permanent spot on the global circuit is up for grabs.

Then in June they will compete in the final Olympic sevens qualifier in Monaco.

Tonga coach Andy Katoa's team were forced to withdraw from this weekend's Coral Coast event in Fiji after being unable to source any sponsorship.

He's had brief conversations with the new Tonga Rugby Union administration but isn't sure whether they're able to offer any extra help to the sevens programme.

"Right now that's exactly what we're doing - we're trying to find our funding somewhere else and trying to make it so we have a chance in Hong Kong. We just need playing time to help solve a lot of our problems because our kids here are working hard, really starting to get it and doing a great job and making some major sacrifices for us here in Tonga so we've got to do right by them".

Andy Katoa says finding the money to attend important warm-up tournaments is an ongoing struggle but he remains hopeful that they can find a solution.

"We're looking at Marist Sevens and we're looking at up in Sydney. We need to hit Hong Kong with ample playing time. These last events that we've gone to, like the Oceania [Championships] and Pacific Games - those usually is our first time playing and we can see if we were able to put some things together it would really really help us in our cause". 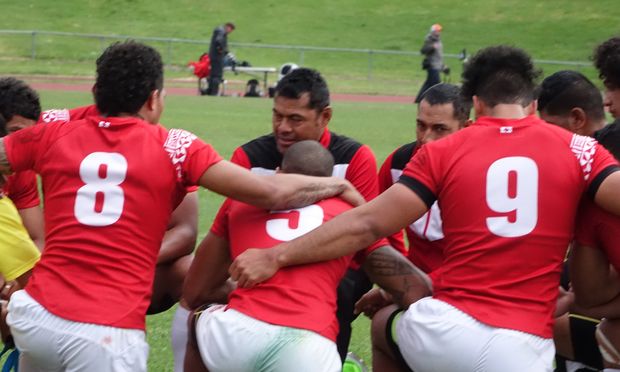