The form slump of the defending champions the Breakers has continued losing 69-87 to Illawarra in their latest Australian Basketball league match in Wollongong.

The Breakers have now lost four of their last five games.

Wooden spooners last season for the just the second time in the club's 37-year existence, the Hawks' victory over the Breakers was their 13th of the season.

Illawarra sharpshooter Kirk Penney tormented his former side with a game-high 28 points. 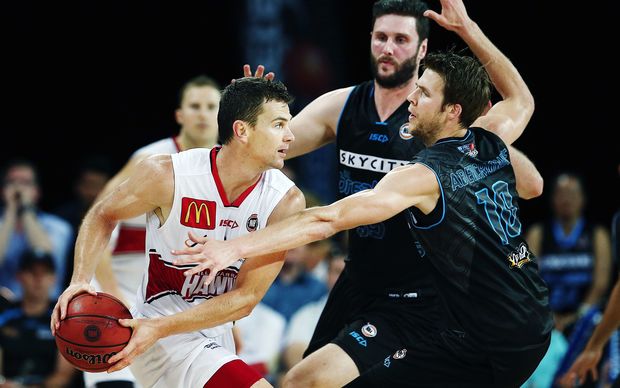 The Breakers made just 36 per cent of their shot attempts with Corey Webster top scoring with 23 points.

Illawarra led by one at quarter-time and grabbed the game by the throat by outscoring the visitors 26-9 in the second period.

It was all over bar the shouting when a Penney three-pointer put the margin out to 29 with five and a half minutes remaining.

Illawarra has now beaten the Breakers in all three of their encounters this season and will like their chances of completing a 4-0 sweep when they square off for the final time on Sunday in Auckland.

The Breakers currently sit in fourth place in the competition, just inside playoff contention.