New Zealand or Pakistan could shoot to the top of the Twenty20 world cricket rankings depending on the results in their upcoming three match series starting in Auckland on Friday.

New Zealand currently sits in seventh spot and Pakistan in sixth - although both teams are on 114 points.

If one side can win all three three matches they will will move ahead of the West Indies who are in number-one spot on 118 points.

The losing side though would slip to eighth.

A 2-1 series win for either side would see them leap frog South Africa into fifth position.

With a number of Twenty20 Internationals to be played in the lead up to the ICC World Twenty20 India 2016, there is likely to be plenty of reshuffling at the top of the order.

In the wake of the series win over Sri Lanka, Black Caps batsmen Martin Guptill and Colin Munro have been the big movers on the individual standings. 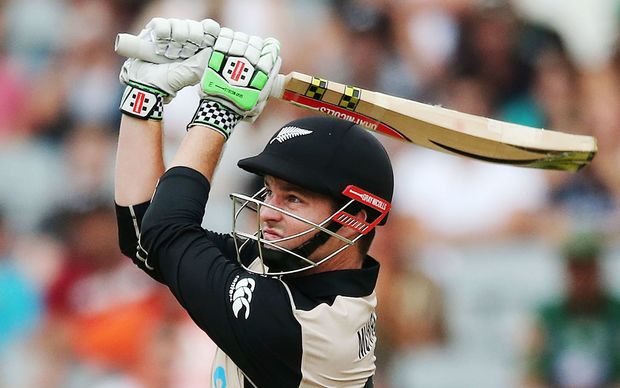 Guptill, who broke New Zealand's record for fastest T20I half-century has risen five places to fifth, while Munro, who improved Guptill's record a few overs later in the same match has gained 28 places and is now in 66th spot.

Other batsmen to improve their rankings include Kane Williamson in 11th, up by three places and Ross Taylor in 41st, up two.

The batsmen's list is headed by Australia's Aaron Finch, followed by Virat Kohli of India and England's Alex Hales.

The New Zealand bowlers to move up the order included Adam Milne, who has climbed four places to 36th.

Samuel Badree of the West Indies is the number-one ranked bowler.