Three years after playing his first and only international game for New Zealand, the Canterbury allrounder Todd Astle has been re-called to the Black Caps.

Astle has been named in the New Zealand Twenty20 side for the upcoming three-game series against Pakistan.

He replaces leg spinner Ish Sodhi, who will return to his provincial side for the Ford Trophy one-day competition.

Astle, who has yet to play an international Twenty20, played just once for New Zealand in a Test match against Sri Lanka in 2012. 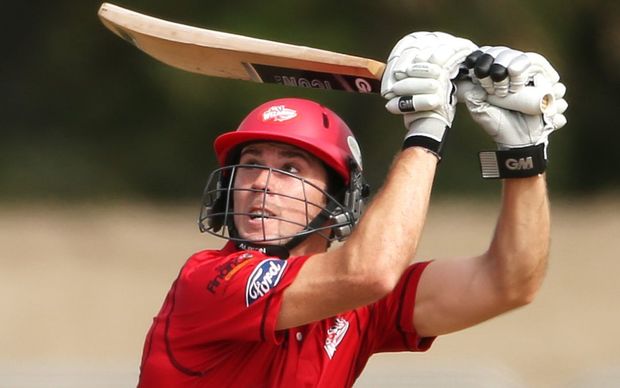 "Todd had a solid campaign in this year's Georgie Pie Super Smash and has been a consistent performer for Canterbury over a number of seasons."

"With the spin-friendly conditions we're likely to play in during the ICC World Twenty20 in India, it's important we have all of our bases covered and Todd is certainly an option for us," said Hesson.

"He'll get an opportunity to play at some point against Pakistan, in what will be a tough series. "

Tom Latham, who also provides wicket keeper cover, comes into the squad for the opening match, as Ross Taylor is rested, and will join the squad in Hamilton for game two.

Otago spinner Nathan McCullum was unavailable for selection due to a knee injury but hopes to return to first class cricket this weekend.

The Black Caps first match against Pakistan is in Auckland on Friday, with game two in Hamilton and game three in Wellingon on Friday, 22 January.