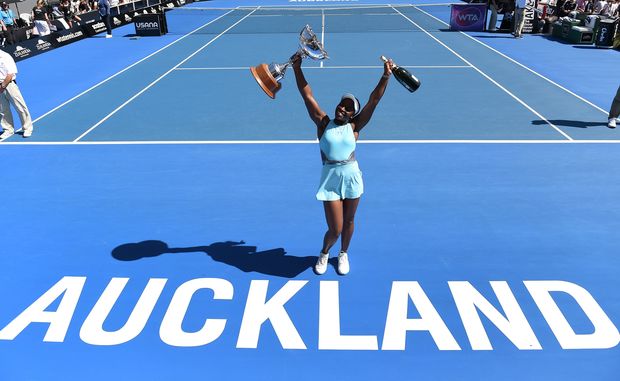 Stephens had to back up from beating Danish third seed Caroline Wozniacki earlier in the day in the rain-disrupted second semi-final.

That match resumed in the morning after it was suspended the previous night due to wet weather, with Stephens up 5-2 in the first set which she quickly wrapped up 6-2 before she won the second set 7-3 in a tiebreak.

New Zealand's Marina Erakovic and her Spanish partner Silvia Soler-Espinosa also had to come back to finish Saturday's rain-affected doubles semi-final on Sunday - but they lost that in straight sets to Montenegro's Danka Kovinic and Czech Barbora Strycova, Kovinic and Strycova winning 6-4 6-4.