All three of former coach Stuart Lancaster's assistants have been released by England Rugby as new boss Eddie Jones sets about putting his own team in place. 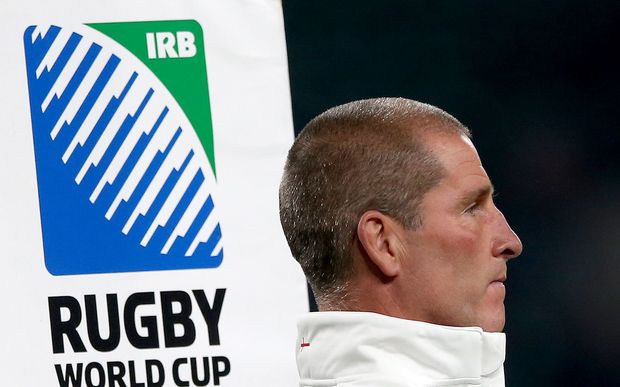 The RFU announced that Graham Rowntree, Andy Farrell and Mike Catt would all leave, following Lancaster who left "by mutual consent" last month in the wake of England's pool-stage exit of the Rugby World Cup.

All three signed six-year contracts, along with Lancaster, just over a year ago.

"Having met with all of the coaches to talk through the future direction, we felt it was the right time to make changes," Jones said in a statement.

"They are all experienced guys and have contributed greatly to this England team over recent years and I know everyone at the Union is appreciative of their hard work and commitment."

Jones has yet to announce any replacements but former England captain Steve Borthwick, who worked as a forwards coach with the Australian when he was in charge of Japan, and Saracens defence coach Paul Gustard are expected to join him.

Gustard and widely credited with turning the English champions into one of the best defensive sides in Europe, took his first steps in coaching at the London club when Jones was in charge there in 2008.

Saracens said on Sunday they were negotiating with the RFU about his departure.

The former flanker did not win any international caps but did play for England in a non-cap match against the United States in the run-up to the 1999 World Cup.

England's first game under Jones is away to Scotland in the Six Nations Championship on February 6th.