The opening batsman Martin Guptill returned to form with an unbeaten century on the second day of the New Zealand cricket team's two day match at the WACA in Perth. 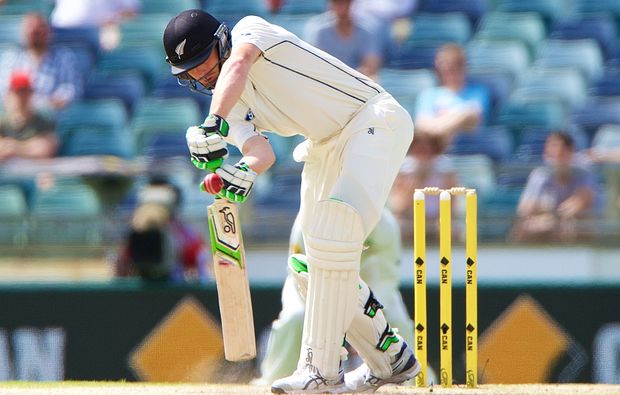 Guptill retired after scoring 103 and BJ Watling made 81 in the novel pink ball match in which both sides were allowed to bat for one full day.

The next match is the inaugural day/night, pink ball test starting on Friday in Adelaide.

Guptill hit 94 in that one-day clash at Manuka Oval, his only other score of substance on the current tour.

Guptill looked a different batsman against WA compared to his inability to reach 25 in all four knocks during the Test series.

McCullum bludgeoned the pink ball all over the park before he was stumped on 49, charging down the wicket and trying to heave O'Connor's second delivery over the fence.

It was agreed pre-match that both sides would bat for one full day.

Most New Zealand batsman were able to get in at least half an hour of batting against the pink ball under the WACA lights, with last week's double-centurion Ross Taylor reaching 21 from 30 balls. Trent Boult was again absent from proceedings, having not bowled on day one of the fixture.

He is recovering from a back problem.