The colour of the ball changed and the quality of opposition dropped off yet the New Zealand bowlers still struggled in their day/night pink ball cricket match in Perth. 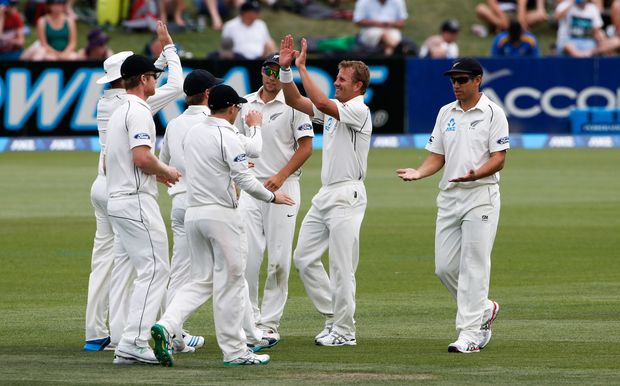 An inexperienced Western Australia XI were 345 all out at stumps on day one of the two-day match after losing their last wicket on the final ball of the day.

Sam Whiteman made a century for the hosts, with the number six batsman eventually out for 117.

Whiteman and opener Will Bosisto shared a 99-run stand for WA, seeing off a five-over spell from Black Caps spearhead Tim Southee during the second session.

Southee and Trent Boult, who bowled a combined 99 overs in the second Test, were rested in the first session when the temperature hit 36C in Perth.

Southee came on after 40 overs but was largely ineffectual with the pink pill.

Mitchell Santner dismissed both Bosisto and Tom Beaton, who attempted a wild slog on 24 after being dropped on four by Ross Taylor at first slip.

Santner ended with four wickets and figures of 4-62, while fellow seamer Neil Wagner was the pick of the New Zealand bowlers taking 5-62.

The Black Caps are expected to name an unchanged attack of Southee, Boult, Craig, Doug Bracewell and Matt Henry for the inaugural day-night Test that starts in Adelaide on Friday and doubles as the third and final test of the three-match series between Australia and New Zealand.

Wagner's performance added to his case for a Test recall.

Gun batsman Kane Williamson is captaining the tourists instead of Brendon McCullum.

Williamson lost the toss, however it mattered little as the two sides were already in agreement on how the two-day fixture will play out.

The Blackcaps will use all 15 members of their touring party in what is essentially a centre-wicket session, with Luke Ronchi and BJ Watling sharing wicketkeeping duties.

Day two of the two-day match under lights in Perth gets underway at 7pm (NZ time).