The New Zealand cricket captain Brendon McCullum says he's proud of his side's resolve to fight their way back into the drawn second test against Australia in Perth.

The Black Caps pursuit of 321 runs for victory in 48 overs already looked unlikely to succeed but after rain cut 90 minutes out of the fifth and final day at the WACA, the spoils were destined to be shared.

The tourists had made 104 for 2 when bad light brought an end to the match, leaving Australia 1-0 up in the series going into the third test in Adelaide next week. 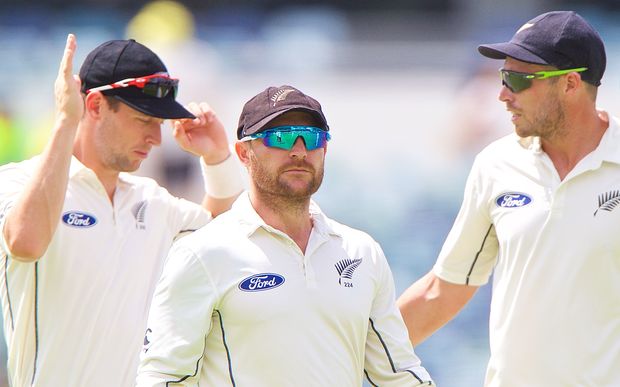 Brendon McCullum was pleased with the efforts of his side in the drawn second test in Perth. Photo: Photosport

"It's satisfying I guess when you fight your way back from being as far back in the game as what we were and to be able to come out of it at the end of five days not just with a draw but with an indication of the steel, the backbone and the resolve in this lineup," he said.

McCullum also paid tribute to Australian fast bowler Mitchell Johnson was reduced to tears as he left the test arena for the last time having announced his retirement from international cricket.

McCullum says Johnson had a huge impact on the game.

"Brett Lee's record is phenomenal and he's gone even better. And I guess the amount of criticism he's taken over the course of his career for him to withstand that and ...take wickets for Australia is testament to the bloke." 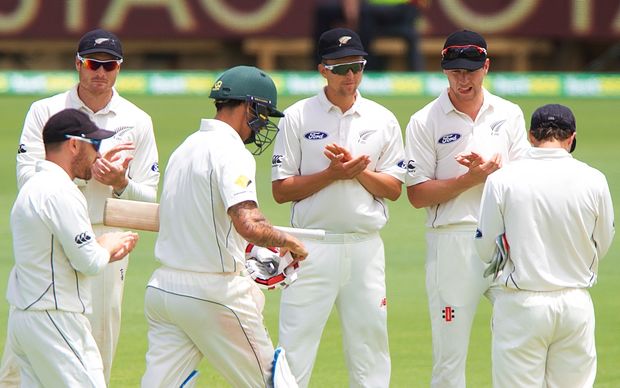 The Black Caps lineup to welcome Australia's Mitchell Johnson to the crease for his final test innings. Photo: Photosport

"There's a lot made of how nastly Mitch can be on the field but I've played against him for a number of years but its healthy competition...and he's a great bloke. It was nice from our point of view that we were able to add a touch of class (with a guard of honour) and welcome him to the crease."