All Blacks star Sonny Bill Williams delighted a young supporter - and became perhaps the most popular player on social media - as he gave away his winners medal to a young fan. 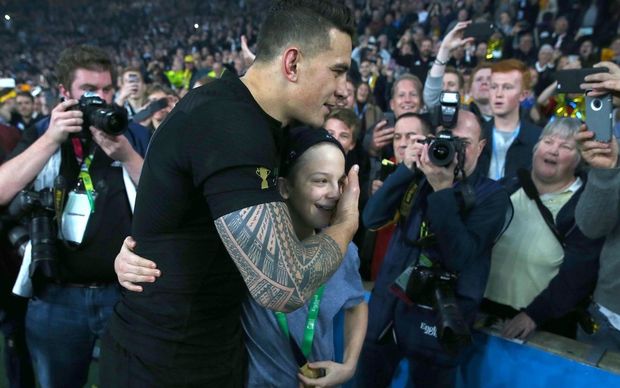 The boy, identified on social media as Charlie Lines, was overwhelmed as he was pictured with Williams who draped his medal round the boy's neck.

The eager fan had tried to race onto the field to talk to his heroes after the match but was tackled to the ground by stewards, before being helped to his feet by Williams and fellow players.

In front of the world's cameras the beaming boy gave Williams a huge hug. 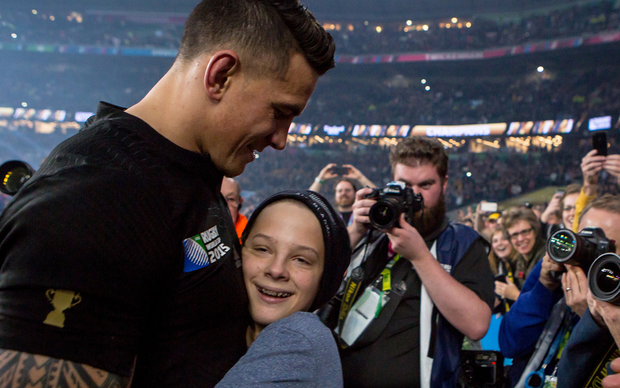 Sonny Bill Williams' move was an immediate hit on social media - some calling it a 'superb gesture' and other referring to the player as a legend.

Could not believe what I saw earlier as Sonny Bill Williams gave his #RWC2015 medal away to this lucky kid!! pic.twitter.com/R8FA09TX5o

More pics of @SonnyBWilliams and giving his medal to this kid pic.twitter.com/FK9IydaaO0

Always be yourself... Unless you can be Sonny Bill Williams... Always be SBW. #legend pic.twitter.com/CsRFvMKn5O

Williams came on at half-time for Conrad Smith, delivering a trademark offload to Nonu, and the midfielder tore through some soft defending and sprinted 30 metres to mark his 103rd and last New Zealand appearance with a killer try.