All Blacks captain Richie McCaw remains coy about his future after becoming the first man to skipper a side to two Rugby World Cup triumphs. 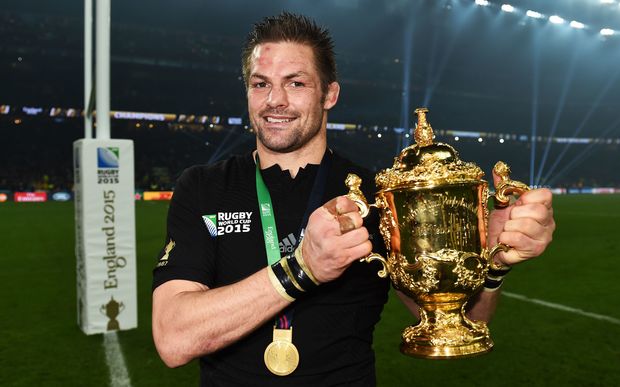 McCaw, in his 148th appearance for the All Blacks, was expected to confirm his retirement in the wake of the 34-17 victory over the Wallabies at Twickenham.

But the 34-year-old, who made his international debut in 2001, was non-committal about his plans after the proudest day of his career.

Instead the only three-time world player of the year preferred to bask in the glory and let team-mates savour the moment.

"I still don't want to think about it," McCaw said. "Look, at the moment, I am still proud of this team.

"I am going to enjoy today. How could you get enough of this?

"We will worry about that after today. I just want to enjoy having played a wonderful World Cup final here with a great bunch of men.

"I am so proud of having been able to wear this jersey again today. I don't think you ever have enough of it. If you get moments like this, why would you ever call it a day?"

McCaw said the All Blacks had to use all of their experience and composure to withstand an inspired second half from the Wallabies after fullback Ben Smith was sin-binned.

"I knew the momentum was against us," he said.

"But we have been in those situations before and it's a matter of not panicking and doing the simple things.

"We played some damn good rugby there. We lost a bit of momentum in the second half, but we kept our composure.

"We came home strong which has been the mark of this team for the past four years.

"We said four years ago after the last one that we'll get on the road again and with this being the end goal, playing at Twickenham in a World Cup final, to try and do something no one else has done."