After spending months hatching their plans to win the Rugby World Cup, Australia's coaching staff accidentally revealed some of their secrets on the eve of the final against New Zealand.

While the Wallabies coaching staff had remained tight-lipped about their tactics in the lead-up to and during the World Cup, they let their guard down at the worst possible time.

During Friday's final training run at Twickenham, the Australian head coach Michael Cheika and the team's forwards coach Mario Ledesma were each holding pieces of paper with neatly typed notes. 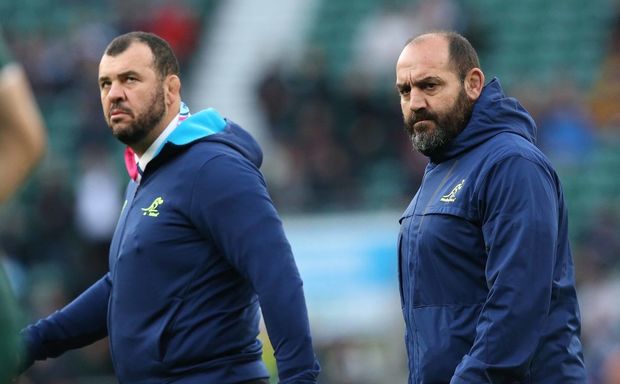 The printed notes included instructions to "rattle" New Zealand No.8 Kieran Read at kickoffs and "expose" the All Blacks wingers Nehe Milner-Skudder and Julian Savea with high kicks. 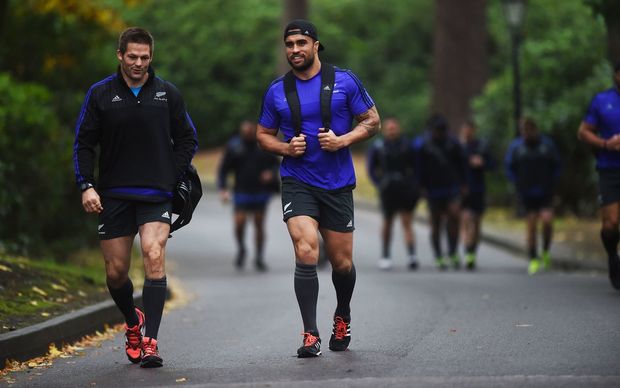 Richie McCaw (L) and Liam Messam arrive for the final All Blacks training session ahead of the RWC final Photo: Photosport

The two teams had their final training runs overnight, ahead of the World Cup final at Twickenham on Sunday morning.

The All Blacks chose to stay and train at their hotel base at the Pennyhill Park Hotel, Bagshot, London, apart from kickers Dan Carter and Beauden Barrett, who also travelled to Twickenham to test out the conditions. 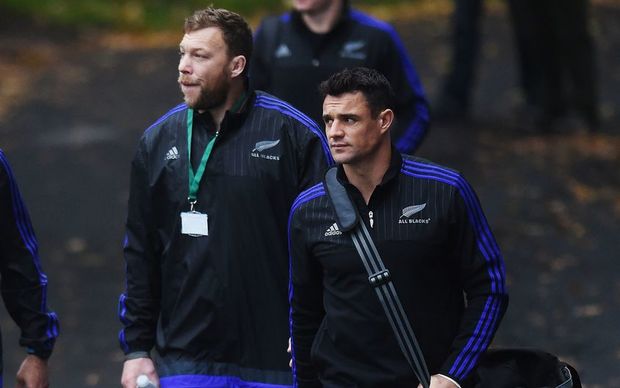 Dan Carter (R) and Wyatt Crockett arrive for the final All Blacks training session ahead of the World Cup final Photo: Photosport

New Zealand first-five Carter and Australian loose forward David Pocock are among the six players shortlisted for the World Rugby Player of the Year award, which also include All Blacks winger Julian Savea, the World Cup's leading try-scorer.

Carter, who won the award in 2005 and 2012, brought down the curtain on an illustrious 12-year career in Sunday's World Cup final, which saw him score a world record 1,598 Test points after the final whistle blew at Twickenham.

Pocock's skill at winning ball at the breakdown has been highlighted by a tournament-leading 17 turnovers.

Also among the six players shortlisted for the award are Scotland No.10 Greig Laidlaw and Wales lock Alun Wyn Jones.

The winner will be announced on November 1st.