The Chelsea manager Jose Mourinho declared he would "sleep well" despite seeing his team's wretched football season continue with a penalty shootout loss to Stoke City in the English League Cup. 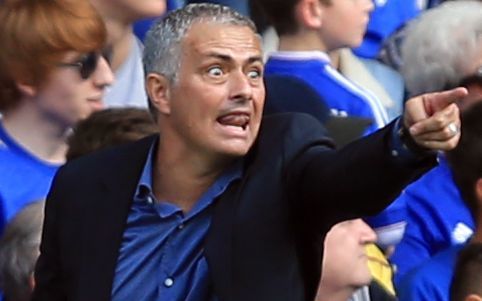 Eden Hazard, symbol of Chelsea's early-season woes, was the fall guy in the Cup holder's fourth-round tie at the Britannia Stadium on Wednesday.

Stoke goalkeeper Jack Butland saved the Belgian winger's spot-kick to give the hosts a 5-4 shootout win after the game had finished 1-1 following extra time.

With Chelsea 15th in the Premier League and out of the League Cup - two competitions they won last season - Mourinho faces mounting speculation that he could be sacked.

But ahead of this weekend's home game with Liverpool, he said he was feeling calm.

"I have a day off tomorrow, a fantastic family, I can sleep well every night," said Mourinho, whose side have already succumbed to eight defeats in all competitions, including the Community Shield.

Chelsea's hierarchy gave Mourinho a public vote of confidence following the recent home 3-1 defeat by Southampton, but he said that he did not need more reassurances about his position.

He also hit out at newspaper reports that he has lost the support of his players.

"Honestly, do you think they are not with me? That they didn't give everything to win the game?" he said.

"That is really sad - not sad for me, but sad for the players - and I think it is a lack of respect to the players, not to me.

Mourinho made only three changes to the team that had lost 2-1 in a stormy game at West Ham United on Sunday, which left him facing a Football Association misconduct charge after being sent to the stands at half-time.

He was also recently fined more than a hundred thousand dollars and given a suspended one-game stadium ban by the FA - which he has appealed against - for criticising the referee after the loss to Southampton.