The New Zealand under-17 men's footballers have beaten Paraguay 2-1 to progress to the second round of their World Cup in Chile. 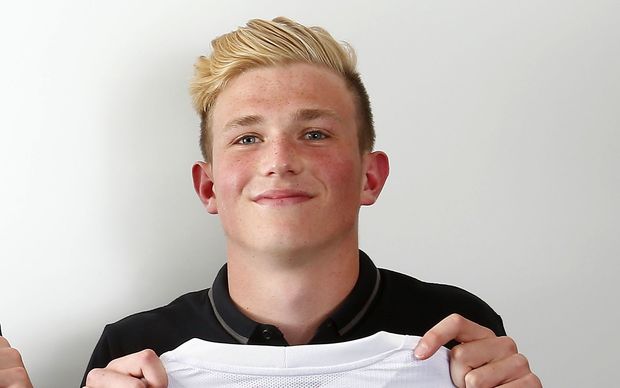 Hunter Ashworth opened the scoring for the Young All Whites midway through the first half with Paraguay grabbing the equaliser just before the break.

Lucas Imrie then scored the winner in stoppage time.

Needing the victory to secure their place in the round of 16 of the tournament for the third time, coach Danny Hay's side were facing elimination in stoppage time with the score locked at 1-1 before Imrie's volleyed winner in the 91st minute turned things around completely.

Hay said the scenes of jubilation at the final whistle were well-earned after a tough start to the tournament last week against European champions France.

"We are pretty ecstatic," Hay said, "it was a very, very big moment. It was only a few days back that we had a pretty tough result against France."

"For our boys to turn it around in the manner they have, a very good performance against Syria and winning today against Paraguay is a big result for our team."

The team will now face Group B winners Brazil at the Estadio Sausalito in Vina del Mar on Thursday 29 October at 9am (NZ time).

Hay said they would enjoy the next 24 hours before turning their attention to one of the world heavyweights in what is another step in the football journey for New Zealand's youngsters.

"It's going to be difficult but the opportunity to play against a side like Brazil it might be one of those things that happens once in a lifetime," Hay said.

"We'll celebrate tonight and rightly so and then get our feet on the ground and start looking ahead to Brazil. It's a big part of their learning curve as footballers. It's not the be all and end all, it's hopefully just another step in terms of them kicking on to the All Whites or being professional footballers one day."

European champions France finished top of the group with three wins and a maximum points, New Zealand were second with four points and Paraguay third with three.

Meanwhile, the Young All Whites' upset has helped out Australia's under-17 Cup campaign in Chile, guaranteeing the Joeys' progression to face Nigeria in the round of 16.

The Australians, who kept their Cup hopes alive courtesy of a 2-1 victory over Argentina, qualify as one of the four best third-placed group finishers.

Australia, who also drew with Mexico to finish on four points, progress to the knockout stage for the ninth time in the history of the tournament, with their best result coming in 1999 when they lost the final to Brazil on penalties.