Former German football federation president Theo Zwanziger believes Swiss court documents indicate $US250,000 was paid to New Zealand's Oceania official Charlie Dempsey on the eve of a vote in which Germany won the right to stage the 2006 World Cup. 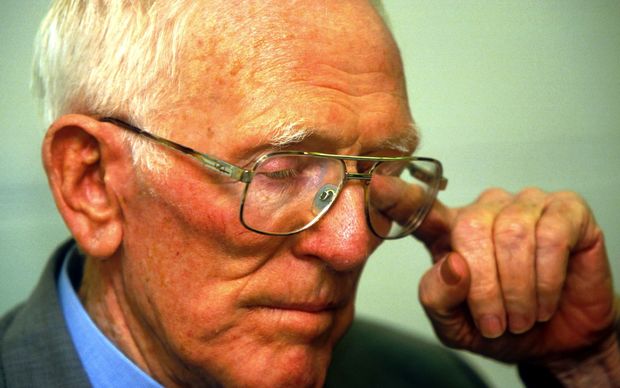 The late Charlie Dempsey said he came under "intolerable pressure" during the vote for the 2006 World Cup. Photo: Photosport

According to a report in Germany's Bild newspaper, a court document in a trial of executives from collapsed Swiss sports marketing company ISL shows the sum was transferred to an anonymous recipient marked only as E16.

ISL, which collapsed in 2001, was closely affiliated with world football governing body FIFA.

Zwanziger has made public the document in which it is suggested New Zealand's former FIFA executive committee member Dempsey, who was then president of the Oceania Confederation, received the money as a bribe.

In the final round of voting for the 2006 World Cup, on 6 July 2000, Dempsey ignored the reported Oceania confederation instruction to vote for South Africa and abstained, allowing Germany to win a 12-11 vote against South Africa.

On arriving back in New Zealand he told reporters he had been threatened by "influential European interests" that if he voted for South Africa there would be "adverse effects" for Oceania.

He denied he accepted bribes.