New Zealand captain Richie McCaw appears free to play in Sunday's Rugby World Cup final after World Rugby confirmed there had been no citings from Sunday's semi-final against South Africa.

Reports in Britain had highlighted footage that claimed to show McCaw hitting Springok flanker Francois Louw with his elbow as he chased the ball carrier around a ruck. 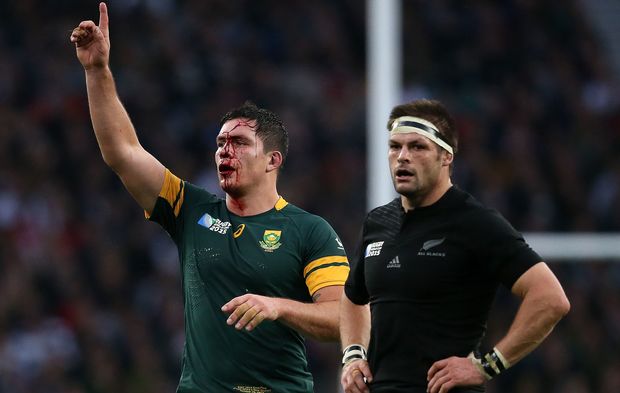 The New Zealand coach Steve Hansen said earlier that McCaw had no case to answer and that the All Blacks were used to having their skipper being targeted on and off the field.

Other images shown later made it look as though Louw was hit by McCaw's hip.

McCaw is looking straight ahead at the time of the incident as he chases Damian de Allende, who has the ball, around the back of a ruck.

Louw was on one knee having just completed a turnover and fed the ball to de Allende as McCaw went past.

"Absolutely no surprise whatsoever, only speculation and it's great news. I guess also relieving news as well because sometimes these things pan out not exactly how you expect. But no, now Richie can be 100 percent fully focused and lead our troops out in the final." 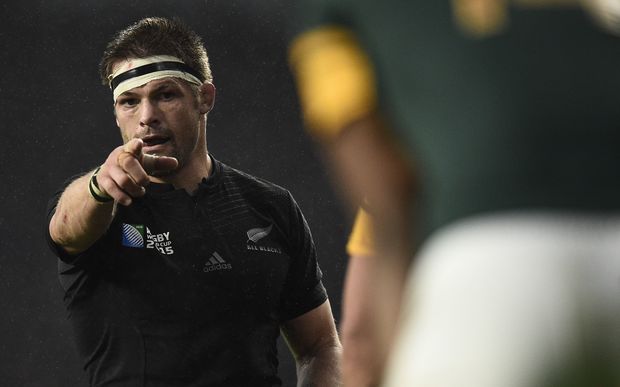 Canterbury Rugby Supporters Club president Dick Tayler said he was pleased that McCaw had been cleared to play.

"I watched the replay of it about 10-15 times and slowed it down. He just brushed by and South Africa didn't even react to it. It was just a brush-by thing and it's nothing serious. He has to be leading the All Blacks out next Sunday morning New Zealand time so it was nice that that was all sorted out."

The final against Australia will be McCaw's 148th Test for the All Blacks and following speculation about his retirement could be his last.