OPINION: There have only been two World Cups where New Zealand and France haven't met and the teams have now played in the business end of the last five tournaments - if we count the Bronze Final in 2003, the match no one wanted to play in. 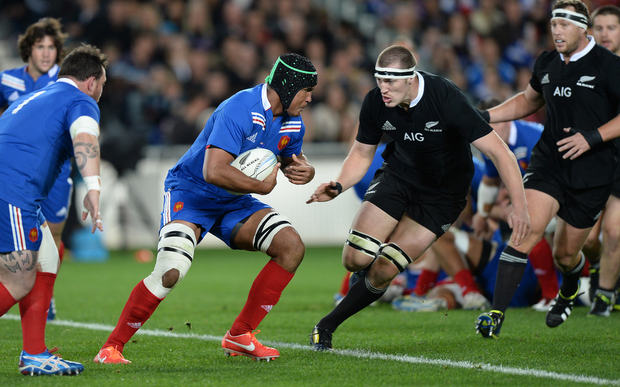 The rivalry seems to extend to the media, with travelling journalists from both countries obsessed with the contrasting styles of the teams.

I've never seen so many journalists interviewing each other after press conferences, desperate to find out what it is in the psyche of the other nation that makes this rivalry so strong.

There's no doubt the French are fascinated by the All Blacks.

While English journalists have been making sporadic appearances at All Blacks media sessions during the tournament - to ask about the hakarena, or whatever other story is making the tabloids - there has been at least one journalist from France present at every one on the tour so far.

One of the journalists with the job of covering the All Blacks at this tournament is Karim Ben Ismail, who writes for prestigious French sporting publication L'Equipe.

Ismail said his country's fascination with the All Blacks comes down to the standards they set on the field, but also the way they've come apart at World Cups at the hands of Les Bleus.

"They are a synonym for excellence," he tells me at the All Blacks training base in Swansea.

"For three and a half years they are outstanding, but the knockout rounds are a different thing.

"You are far ahead technically, in terms of speed, in terms of rugby knowledge, but the knockout rounds are all about emotions."

Ismail said the reason France have had the wood over the All Blacks at times in the big games was the pressure they play under in their club competitions, where there is the constant threat of relegation and temperamental owners who do not take kindly to losing.

However he admits it can be frustrating covering such an unpredictable team - "the only consistency is they will be inconsistent" - and worries the French side, who have historically performed best with their backs against the wall, may be too happy at this World Cup to ambush the All Blacks for a third time.

"The beast is not wounded enough," he tells me. For the sake of the All Blacks and four million fans back home, I hope he is right.

Alex Coogan-Reeves is a seasoned sports journalist, rugby nut and globe trotter. He will be following all the action around the UK and giving those of us who are stuck here an insight into what's going on over there.

Between The Posts will run throughout the World Cup on radionz.co.nz