While the All Blacks might say it's ancient history, France plans on using their famous 2007 World Cup victory as inspiration when the sides meet in the quarter-final this Sunday.

Missed the game? Look back at our live blog here. 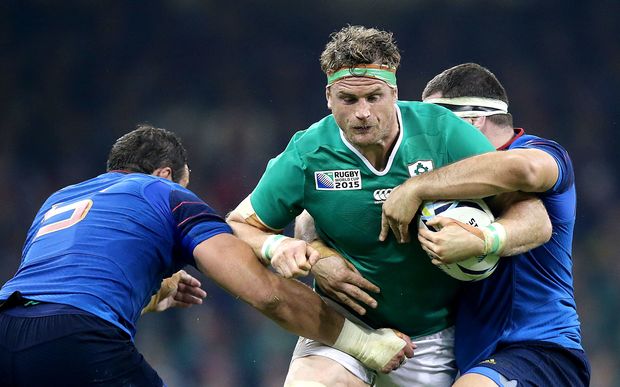 France were beaten 24-9 by Ireland in Cardiff to finish second in Pool D, setting up a knockout clash with the defending champion All Blacks at the same venue on Sunday morning.

The French upset New Zealand 20-18 in a controversial come-from-behind win in their quarter-final in Cardiff at the 2007 World Cup.

There are just three All Blacks in the current team who played that match - Dan Carter, Richie McCaw and Tony Woodcock, though the latter has been ruled out of the rest of the tournament.

All Blacks hooker Keven Mealamu was in the 2007 squad but didn't play in the quarter-final.

Mealamu said they learnt the lessons of that loss "a long time ago" and was confident it will have little bearing on Sunday's match.

"From then we've taken a lot of learnings which served us well in 2011 and will serve us well this year as well," Mealamu said. "So we've been able to become a better team, we're a different team from then as well. Like everything we do we've taken those learnings and make sure we can do that a lot better this time."

While the All Blacks are downplaying the significance of that 2007 game, France coach Philippe Saint-Andre said they will look to that match for heart as they prepare for Sunday.

"Yeah of course, we're looking for heart for this game, after all New Zealand are favourites but a game of rugby union you never know and what is important for us is to stick together to be ready for a huge huge game against All Blacks," Saint-Andre said.

France famously upset the All Blacks in 2007 in the World Cup quarter-finals at the same Cardiff venue, winning 20-18 in one of the most memorable and lamented defeats in New Zealand rugby history. 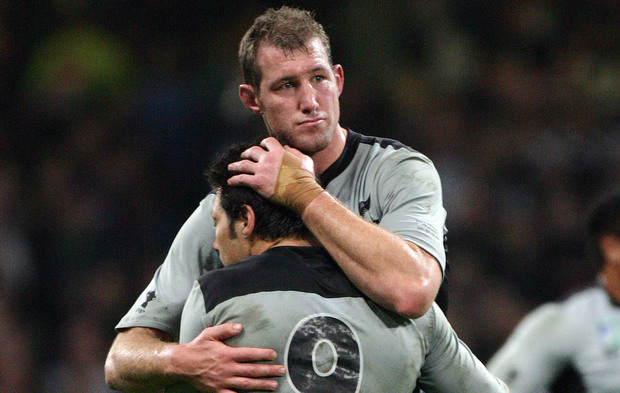 All Blacks fans won't want to see scenes like this again in Wales Photo: Photosport

New Zealand against France in the World Cup quarter-finals at Cardiff gives France captain Thierry Dusautoir a chance to repeat his finest performance.

The 33-year-old flanker put in a massive 38 tackles against the All Blacks at the same stage and the same Millennium Stadium venue in 2007 to help knock out the favourites.

As a comparison, New Zealand as a team only put in 36 tackles in a huge French defensive effort.

Dusautoir also put in a man-of-the-match performance against the All Blacks in France's courageous 8-7 loss in the 2011 Cup final on their opponents' home turf.

"Next week there is a big challenge waiting for us," he said of the quarter-final after his side suffered their first defeat of the tournament to Six Nations champions Ireland. "But we are going to look at what was not 100 percent today and go into the next match with a lot of appetite."