The New England Patriots quarterback Tom Brady was "generally aware" of a scheme to under-inflate the balls used by his team during an NFL play-off game. 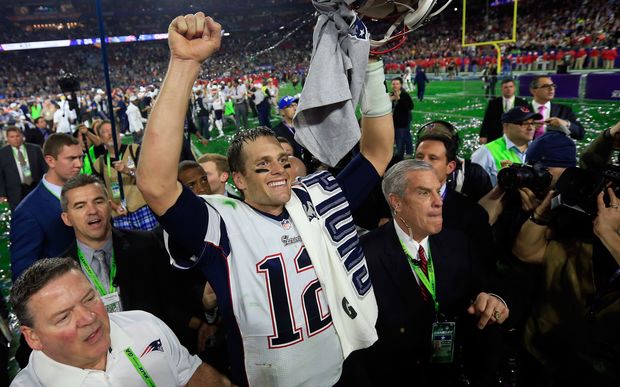 A report has found some Patriots staff probably deflated balls in their 45-7 win over the Indianapolis Colts.

The Wells Report revealed it was "more probable than not" the Patriots deliberately used balls which were below regulation pressure limits.

It added Brady was "at least generally aware of inappropriate activities".

The NFL was investigating claims the Patriots had deflated match balls to give themselves an advantage in January's victory in Boston which sent them to the Super Bowl.

According to reports, 11 of the 12 game balls they provided for the rain-affected match were under-inflated by about two pounds per square inch, consequently giving Brady more grip in the cold and wet conditions.

The report said: "It is more probable than not that New England Patriots personnel participated in violations of the Playing Rules and were involved in a deliberate effort to circumvent the rules.

"Based on the evidence, it also is our view that it is more probable than not that Tom Brady was at least generally aware of the inappropriate activities of Jim McNally [the officials locker room attendant] and John Jastremski [equipment assistant] involving the release of air from Patriots game balls."