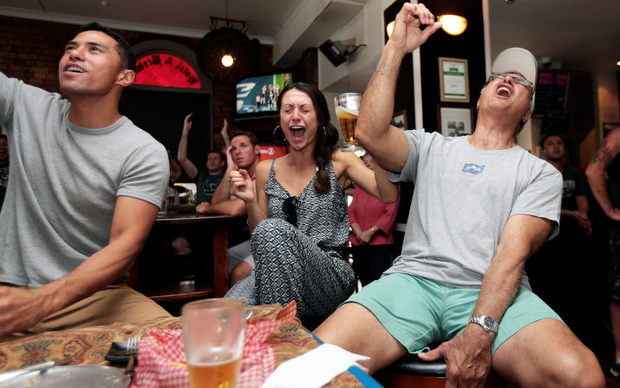 The Superbowl attracts more than 100 million fans worldwide, and Wellington's Chicago Sports Cafe was a popular choice for those who couldn't be among the 70,288 people at the final at the University of Phoenix Stadium in Arizona.

"We're fully booked basically, and bulging at the seams. we have an extra TV outside this year which gives us more coverage, even if it's raining out there on the waterfront," Chicago general manager Stuart McDonald said.

"We fill up with a bunch of American tourists and Americans living here, then the rest is a real mix of Kiwis, English, and Irish. We've sort of got it all covered today, really." 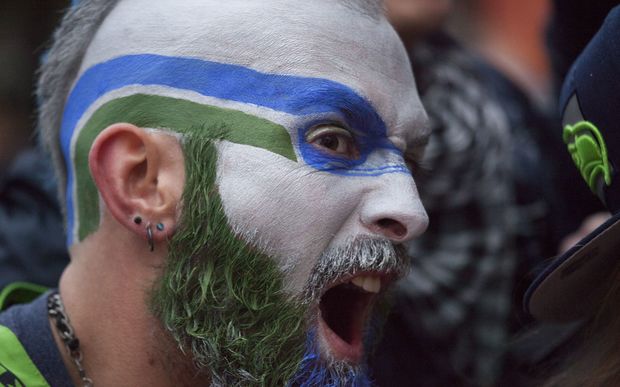 The American Embassy even had a few tables reserved to enjoy the game, and Patrick from the Defense Attaché Office said: "We're going to meet a bunch of our counterparts and down here and some of our New Zealand friends so we can share some of that US pagentry of American football."

Also in the crown was the American Eagles 7's team, who made an appearance after their training but didn't stick around for the fourth quarter.

The game may have kept fans on the edge of their seats but by halftime Katy Perry almost out-trended #SuperBowl with her appearance riding a giant mechanical lion, followed by numerous costume changes and performances with Lenny Kravitz and Missy Elliot.

Other talking point were the infamous advertisements played during the Super Bowl; many were sentimental and designed to tug at the heartstrings - while raking in an estimated $360 million for NBC.