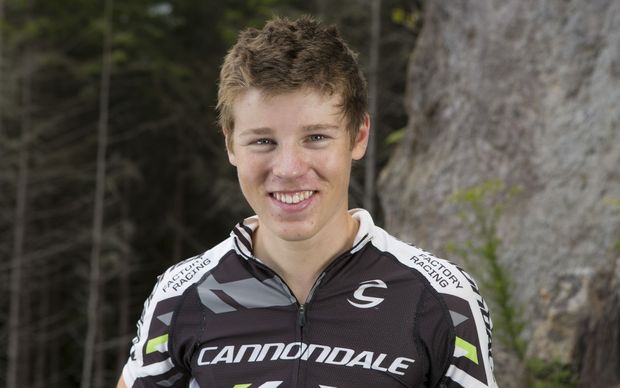 In a repeat of the Glasgow Games, Cooper held off fellow New Zealand representative Sam Gaze.

After both riders cleared out from the field early and headed into the last lap of the race side-by-side, Gaze made a small fumble with his front wheel getting wedged in a tree.

Cooper then seized control and went on to win by a minute and 10 seconds.

Cooper says he was hungry to get the jersey again and put more focus on it this year.

After going through a flat patch in the middle stages Cooper says he felt strong coming home but admits without the mistake by Gaze, it could have gone either way.

The result was a reversal of last year's race where Gaze triumphed in a sprint finish over Cooper.

Meanwhile, 27-year-old Kate Fluker from Queenstown, who has only ridden for four years, put in a dominant ride to retain her elite women's crown.

When her main rival, London Olympian Karen Hanlen, had a fall on the first lap, Fluker was able to build a big lead.