Late goals by Raheem Sterling and Philippe Coutinho gave Liverpool a 2-1 replay victory at second-tier Bolton Wanderers to send the Premier League side through to the FA Cup fifth round. 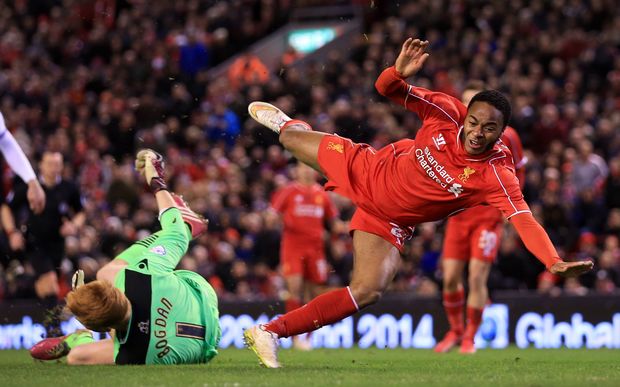 The hosts took the lead on the hour mark when former Chelsea and Barcelona striker Eidur Gudjohnsen coolly slotted home a penalty after the Reds defender Martin Skrtel was judged to have clipped Bolton's young striker Zach Clough in the Liverpool box.

But a first-touch Sterling volley through the legs of the Bolton goalkeeper with four minutes left was followed by a long-range Coutinho strike in stoppage time to win the fourth-round replay for the Premier League club.

The two sides drew 0-0 in their first fourth round match at Anfield.

Liverpool face an away tie against Crystal Palace in their fifth round clash on February the 14th, Valentines Day.