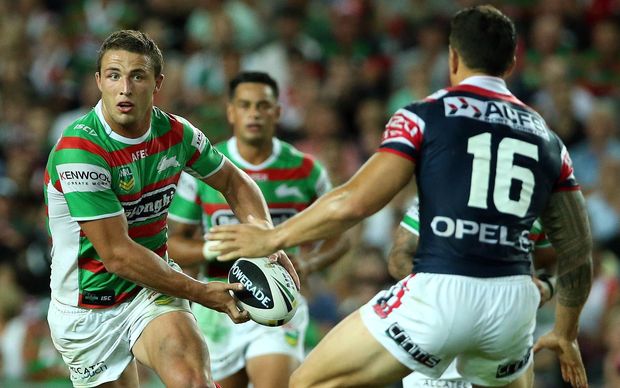 Sam Burgess takes on Sonny Bill Williams during a Roosters vs Rabbitohs game in 2013. Photo: PHOTOSPORT

He has been selected by England's second-string Saxons team, and will play at centre for the game against Ireland Wolfhounds in Cork.

The game will be Burgess' first step in his long-term aim to be selected by England for the Rugby World Cup in September.

An impressive performance could even persuade England coach Stuart Lancaster to use Burgess for the Six Nations tournament due to injuries ahead of the senior team's opening match against Wales on February 6.

Burgess, who switched codes after eight years in rugby league in England and Australia, only made his debut for Bath at the end of November and has appeared in six first-team games.