A new captain, halves pairing and hooker has created a sense of the unknown for England before they line up against a physical Samoa in the opening clash of the Four Nations.

Canterbury prop James Graham takes up the captaincy from the injured Sean O'Loughlin while Wigan No.7 Matty Smith will make his international debut at 27 alongside Dragons playmaker Gareth Widdop. 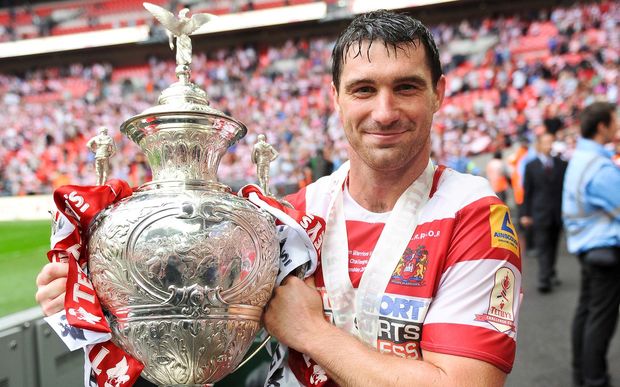 And in perhaps the biggest surprise, Canberra-bound Josh Hodgson will start at No.9 with reigning Man of Steel Daryl Clark on the bench.

"Just seeing them around the place, they have struck up a very good friendship and a great understanding on the field," McNamara said of his halves pairing.

In all, England boast five NRL players in their 17 - a percentage McNamara, who is Sydney Roosters assistant coach, believes will give his side the edge in the southern hemisphere tournament.

McNamara believes Four Nations success will help ensure they hand a national jersey straight back to Burgess once he completes his rugby stint.

Burgess was the envy of every rugby league player when he became the first Englishman to claim the International Player of the Year award on Thursday at a Brisbane luncheon.

However, South Sydney's drought-breaking premiership hero admitted he was jealous of his former teammates as he prepared to leave for a three-year stint with English rugby club Bath.

Burgess has kept the door open for a rugby league return following his code switch - and McNamara believes Four Nations success might just ensure it.

"Hopefully, he rips it up over there and returns very quickly to rugby league."

And McNamara was not concerned by reports another Burgess could be rugby-bound.

The English Four Nations team awoke on Friday morning to speculation George Burgess could be lured to the 15-man-a-side code by English club Gloucester.

He still has another two years to run on his South Sydney contract.

However, brother Sam was also contracted until the end of the 2016 NRL season before Bath made a handsome payout to the Rabbitohs for his services.