The Warriors playmaker, who scored a last minute try and conversion in the semi-finals of the 2013 World Cup, produced a man-of-the-match performance in the 2014 Four Nations final in Wellington last month as the Kiwis defeated Australia to lift the title. 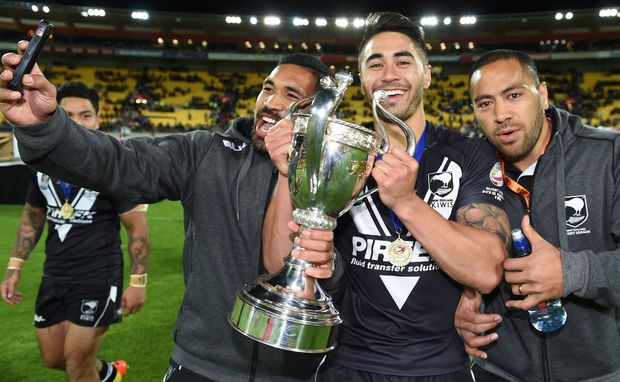 "I was pretty aware of the players who'd won it before because they were players that I grew up watching like Stacey Jones and Andrew Johns. Then there were the current players that I admire like Thurston. To receive it is pretty unreal to be honest," says Johnson.

"I felt I finished the year really well and was able to take that into the Four Nations and was really happy with how I played for the Kiwis."

Johnson is one of six Kiwis in the World world team of the year - the half's joined by Warriors team-mate Manu Vatuvei on the wing, their captain in both teams Simon Mannering is in the pack, where he's joined by Jesse Bromwich and Kevin Proctor, while centre Dean Whare also makes the side.