Serena Williams has sailed into the third round of the Australian Open after weathering an early challenge from Russian Vera Zvonareva. 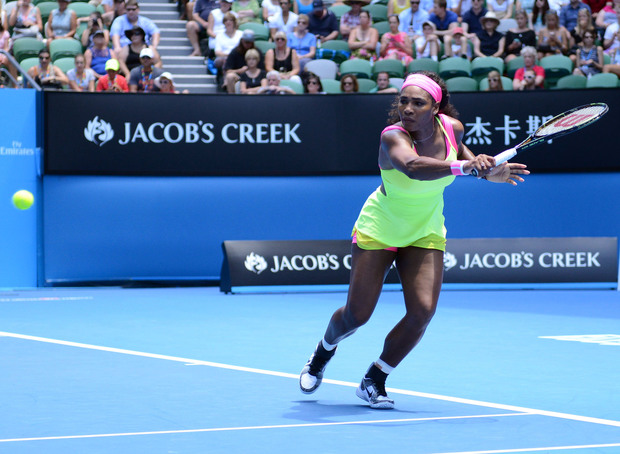 Serena Williams returns a shot against Vera Zvonareva during their second round match at the Australian Open. Photo: AFP

Williams went on to dominate, taking the second set 6-0.

Her sister Venus Williams beat fellow American Lauren Davis in two sets and said she was grateful just to be playing.

"Appreciative for good health because, you know, there was a period where I couldn't even play professional tennis," she says.

"Able to feel good every day because, you know, there was a point where I didn't. To overcome that, I'm grateful."

Sixth seed Agnieszka Radwanska has also advanced to the third round.

In the men's draw Novak Djokovic's Australian Open tennis campaign shifted up a gear with a 6-0 6-1 6-4 thrashing of Russian Andrey Kuznetsov to move into the third round.