For the first time ever, a one-day cricket international in the United Arab Emirates has been washed out. 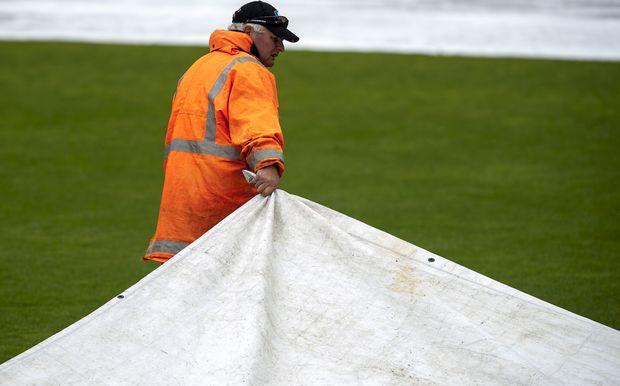 A groundsman pulls the covers as rain falls during a cricket game. Photo: PHOTOSPORT

Ireland have won the tri-series in Dubai after their final game against Scotland was washed out without a ball bowled.

Persistent rain in the United Arab Emirates left the Irish a point clear of Afghanistan with the Scots a further point back in third.

The tournament was used as preparation for the World Cup, starting next month in Australia and New Zealand.

More than 270 ODI's have been played in the UAE.