The Czech qualifier Jiri Vesely came out on top in a battle of left-handers to claim his maiden ATP Tour tennis title with a 6-3 6-2 victory over Frenchman Adrian Mannarino at the Heineken Open in Auckland. 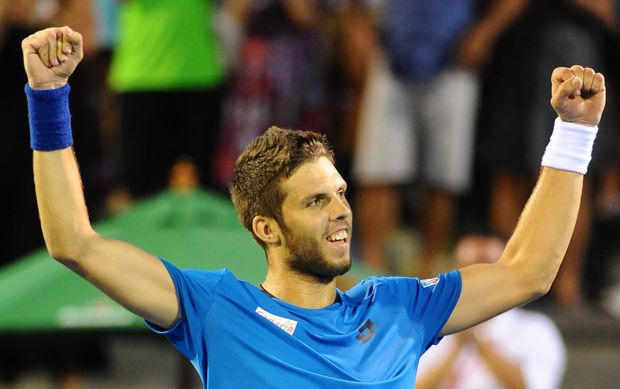 A day after stunning world number 16 Kevin Anderson in the semi-finals, the big-serving 21-year-old sent down 11 aces in the 67 minute contest to become the first qualifier in more than three decades to win New Zealand's most prestigious title.

Mannarino had started the match in fine fashion by breaking his opponent's serve in the first game but the powerful Vesely broke back and grabbed a second when the Frenchman double faulted before serving out the set with a searing ace.

The second set started with a Mannarino double fault and things rarely looked up for the world number 44 afterwards with only the rain clouds gathering over Auckland looking likely to stop Vesely.

A downpour came with the Czech 5-1 up but the players were able to resume without too much delay and the world number 63 wrapped up victory with another huge ace.

Vesely will now head to Melbourne for the Australian Open and a first-round meeting with Serbian Viktor Troicki, who plays in the final of the Sydney International later on Saturday.

The fourth seeds Leander Paes of India and Raven Klaasen of South Africa won the doubles title in Auckland. 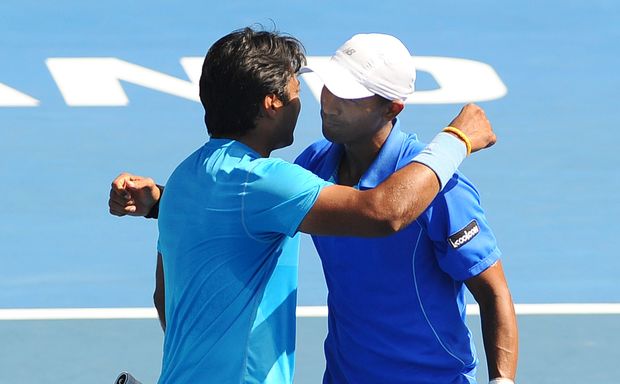 In the final they beat Dominic Inglot of Great Britain and Florin Mergea of Romania in straight sets.

It is the 55th career doubles title for the 41 year old Paes.