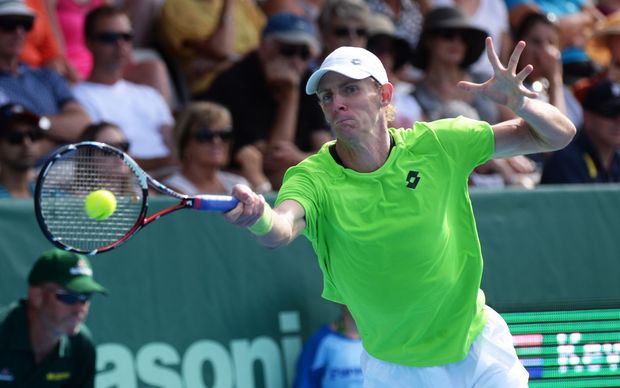 The world number 16 beat the eighth seed Johnson, 6-4 7-6, to set up a semi-final with another big server, the Czech qualifier, Jiri Vesely.

Anderson is now the only seeded player left in the tournament.

Pouille was only drafted into the tournament on Wednesday as a lucky-loser when Spanish fifth seed Tommy Robredo withdrew, and knocked New Zealand's Michael Venus out.

Vesely progressed to the semi-finals after beating American Donald Young 6-2 6-3.

The final will be played tomorrow (Saturday).