Central Districts have regained first place in the domestic one-day cricket competition after claiming a comprehensive 159-run win over Northern Districts in Gisborne.

The emphatic victory was set up by twin centuries from George Worker and Will Young. 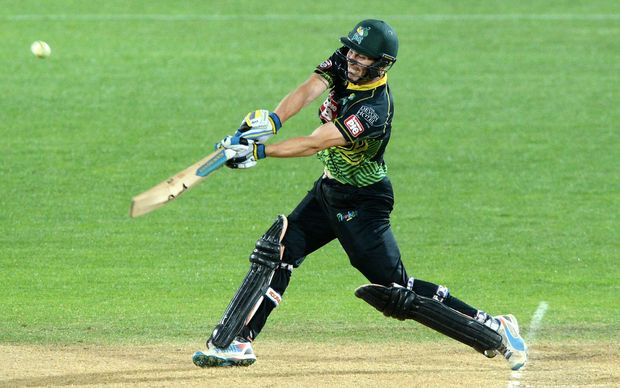 The Northern Knights had been the only team to beat the table-topping Stags in the previous five rounds heading into the match, but opening batsman Worker's third century in six games made it look easy on a deck that had assisted the seamers early on.

Worker now has exactly 500 runs from his six innings in the one-day competition this season.

Worker was ably backed up by 22-year-old Will Young, who ended the innings unbeaten with his maiden List A century to continue his own strong form - Young had already posted an unbeaten 97 in his two half-centuries leading up to the milestone.

Young posted his century with a six off the final ball of the innings, from 87 balls.

Returning Black Cap BJ Watling was standing in for regular Knights skipper Daniel Flynn, out with a stomach bug - and the New Zealand wicketkeeper had had no hesitation in bowling first in the overcast conditions.

But only the figures of young spinner Mitchell Santner, who claimed 1 for 32, survived the late onslaught as the Stags, with plenty of wickets in hand, gathered momentum - then let loose to post an impressive total of 326 for 3.

Young and Noema-Barnett (66 not out off 31) blasted their unbeaten 121-run stand off 60 balls - a new Stags record for the fourth wicket against the Knights.

Anton Devcich made an aggressive start in reply, posting an opening stand of 90 off 115 balls with Dean Brownlie.

However the Central spinner Marty Kain made a double breakthrough in the 20th over - removing both Devcich and Brad Wilson caught and bowled.

Brownlie was forced into a dogged, ultimately doomed role as the middle order crumbled around him.

Daryl Mitchell and Watling (who nicked one behind off Noema-Barnett) fell in the space of five balls at the halfway stage, and at 99 for 4 the Knights never got back on top of the required run rate.

Their fate was all but sealed when five wickets fell in the space of five overs between the 33rd and the 37th over, as the Knights were dismissed for 167 with over 10 overs to spare.