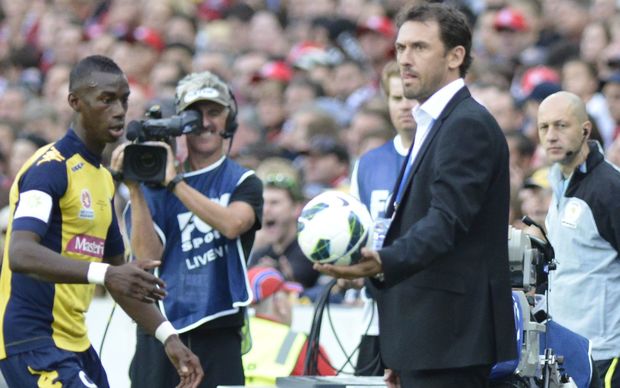 A 3-1 home defeat by Southampton left Palace in the relegation zone, third from bottom on 15 points from 18 games, including just one win from the last 12 games.

Warnock, appointed in August, is the first Premier League manager to lose his job this season.

"Crystal Palace Football Club can today confirm that Neil Warnock has been relieved of his duties and is no longer first-team manager," Palace said on the club's website.

"The club would like to put on record its thanks to Neil for all his hard work and energy over the past four months."

A number of English media organisations have tipped that Popovic, who spent five years as a player at Palace between 2001 and 2006, and a year as an assistant coach in 2011, is on the shortlist to replace Warnock.

Popovic took Wanderers to the grand final in his first two seasons at the A-League club, and this year managed the Western Sydney side to become the first-ever Australian club to win the Asian Champions League.

The Wanderers are in Wellington to play the Phoenix Sunday night.