Complaints about the cost of alcohol at sporting venues have persuaded Northern Districts Cricket Association to allow fans to bring their own to fixtures this summer.

Northern Districts and Bay of Plenty Cricket Trust have agreed to a BYO trial for the Ford Trophy one-day matches at Mount Maunganui in the New Year.

The move by the Mount Maunganui side is a bid to boost numbers attending matches. 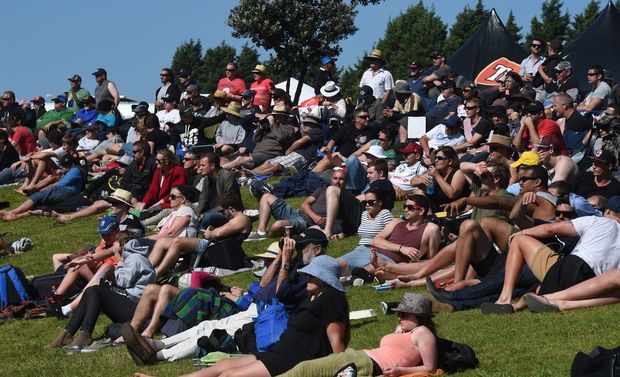 However there will be limits, with punters allowed to bring no more than twelve cans or plastic bottles each to a game.

"Cricket has been fairly restrictive in what you can bring to the ground in the past and we've heard that feedback and we saw this as a great opportunity to trial something.

"That's what it is, a trial, to see whether this encourages people to come in their numbers and behaviour will be a key aspect of that."

Mr Roach said the trial was at selected matches and the move would not change the standards of behaviour expected from the public.

He said crowds turning up to sporting events over the past few years had complainted the price of food and drink was too high.

Restrictions in a number of areas had been loosened over the years, not just on alcohol.

"Historically ... we've had restrictions on how much soft drink people can bring in ... they (couldn't) bring in packaged food from the local shop - we've released those.

"We've released the alcohol one in line with that."

Alcohol had always been for sale and the only change was people could now bring their own, he said.

Games would be monitored during the day and assessed at the completion to see whether the BYO policy would continue for future domestic matches.

Extra security staff would be on the embankments to ensure all patrons attending the games enjoy their day, Mr Roach said. The association wanted to ensure it was still a family-friendly environment.

It was not envisaged that spectators would be allowed to bring alcohol to future international games at Bay Oval.

The first one-day match in Mt Maunganui is on 1 January.